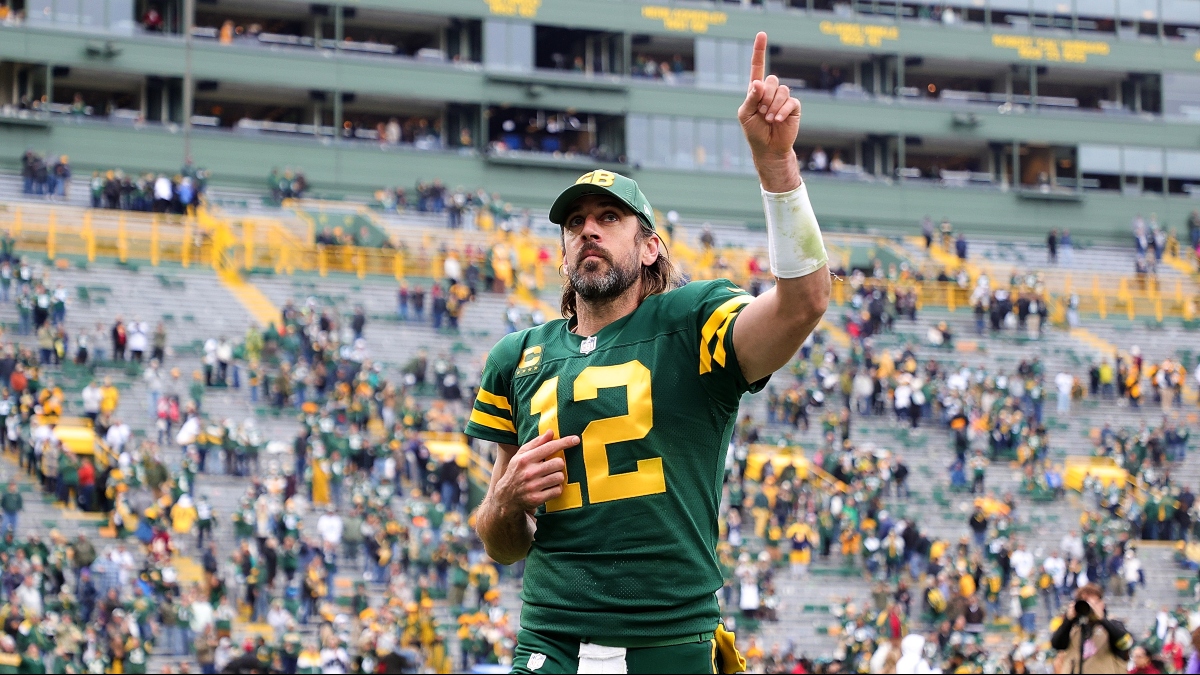 As a part of the move, he’ll be giving away a total of $1 million in BTC to some Twitter and Instagram users.

Both deals are being facilitated by CashApp, the mobile payment service operated by Square.

A total of 50,000 entrants will win a prize of $20 worth of bitcoin. Winners will be randomly selected.

I believe in Bitcoin & the future is bright. That’s why I’m teaming up with Cash App to take a portion of my salary in bitcoin today.

To make Bitcoin more accessible to my fans I’m giving out a total of $1M in btc now too. Drop your $cashtag w/ #PaidInBitcoin & follow @CashApp pic.twitter.com/mstV7eal04

This is Rodgers’ first public deal with a cryptocurrency-adjacent company. While the three-time MVP hasn’t made many public statements about the space, he did have a notable interaction with former ESPN anchor Kenny Mayne regarding the topic.

On Mayne’s farewell show from ESPN in May, the anchor chastised Rodgers for encouraging him to purchase crypto.

“You told me to go heavy into the crypto currency game. I did. We’re down 40%,” Mayne said on the show. “Then I lost my job. Gretchen just wants a new comforter. [Expletive] you Aaron Rodgers.”

“I love you Ken,” Rodgers responded with a smile.

At the time of that recording, BTC had dipped substantially from its then-all-time high of above $64,000, which was set on April 14.

While BTC stayed roughly even from late May to August, the coin started a slow march upward from then on.

For reference, a $1,000 investment over that interval would have yielded a profit of about $1,600.

It hit an all-time high of $66,964 on Oct. 20 after a bitcoin ETF ($BITO) launched on the New York Stock Exchange earlier that week.

The price has since fallen to its current mark of about $61,000 as of Monday afternoon.

The cryptocurrency space is picking up steam across the NFL community.

Tampa Bay Buccaneers quarterback Tom Brady invested in a cryptocurrency exchange called FTX in the summer and has done commercials supporting the brand as a spokesperson.

In October, Bucs receiver Mike Evans inadvertently gave away Brady’s 600th touchdown ball to a fan in the front row.

The fan later gave the ball back. As part of the compensation package, the fan received a bitcoin. It was by far the most valuable commodity provided in the deal.

The total worth of all that Bucs stuff? About $35K. Bitcoin? Almost double that.

Meanwhile, in May, Kansas City Chiefs quarterback Patrick Mahomes tweeted this in response to a market crash that sent BTC plummeting near its six-month low of about $29,000.

Those market conditions were alluded to, of course, by Mayne in the aforementioned ESPN clip.

How would you rate this article?