Over the course of its relationship with Visit Duluth, the city had grown into one of the Midwest’s most desirable places to visit — offering all the majesty of Lake Superior, breathtaking natural terrain, and amenities that come with being a staple getaway.

And as Visit Duluth proposed to roll over its work with the city for an 87th year in 2022, President and CEO Anna Tanski made clear in her pitch to the city’s decision-making panel that there appeared to be only one choice.

“(B)lending leadership from the city with expertise from Visit Duluth will provide the most direct pathway to elevating the brand of Duluth and driving growth now and into the future,” Tanski wrote in a proposal.

With temperatures in the 80s, people flocked to Park Point to spend the day along the beach Friday afternoon. Bob King / [email protected]

But documents obtained through a News Tribune data request illustrate a city administration which had grown weary of Visit Duluth. Typed and handwritten evaluations revealed hard feelings, displeasure with Visit Duluth’s work, and a strong articulation the agency’s capabilities suffered in comparison to other prospects.

Even at a time when community members and industry peers were coming out in droves to urge the city to retain Visit Duluth, a panel of mostly city administrators was united in how it received Visit Duluth’s proposal.

“They talk about what they’ve done in the past, but not necessarily what they would do moving forward,” wrote one of the city’s evaluators.

The criticisms were widespread and pointed. But the evaluations were also semi-anonymous, hidden behind a key the city has declined to decode.

With that in mind, it’s important to know the opinion makers who shaped the City Council vote which delivered a $1.8 million marketing contract to the Edina, Minnesota-based Bellmont Partners in August.

Throughout this story it will be unclear which passages of evaluation to attribute to which person. But the evaluations rang consistent anyway. On a 100-point scale used in the final evaluation, none of the panelists gave Visit Duluth a score higher than 75, and one issued the report card equivalent of a D-minus (55). Conversely, Bellmont Partners averaged 93.

The evaluators’ issues with Visit Duluth weren’t limited to one thing or another. Instead, themes emerged that veered wildly from opinions such as the one belonging to Briana Johnson, a former board chair with Visit Duluth, whose sentiment was echoed throughout the August outcry over the city’s decision.

People view the lights during the opening night of Bentleyville at Bayfront Festival Park in Duluth in 2016.
Clint Austin / 2016 file / Duluth News Tribune

“Duluth’s tourism has seen such unprecedented growth under Visit Duluth these past two decades, I can’t help but wonder why the organization’s efficacy is being questioned at this point,” wrote Johnson in one of numerous letters received by the city.

But the evaluators did question Visit Duluth, beginning with the historical concept of Visit Duluth itself.

“This group does not have the marketing power and efficiencies that come with a large firm,” wrote one of the seven panelists. “This is a small group mostly reliant on the city for funding and the city is their only client.”

From there, criticisms broke into themes:

The US Brig Niagara blows a cannon during Festival of Sail on Sunday, Aug. 11, 2019 in Canal Park.
Ellen Schmidt / 2019 file / Duluth News Tribune

On the topic of communication: “Their issues are all relational,” wrote one panelist. Another panelist was “concerned about overall ego,” which they feared would “damage financial growth.”

“The existing board structure can create conflicts with who (the) primary client is — the city or (Visit Duluth) board,” another panelist wrote.

It was a sentiment made repeatedly, including one panelist notably referring to the city as a business.

“They don’t seem to understand what the relationship is between a client and the business in keeping the client happy and up to date on their efforts,” the evaluator wrote.

The same evaluator expressed that Visit Duluth seemed to “play favorites,” and had “strained relationships across the industry.”

Visit Duluth’s Tanski declined last week to comment in defense of her agency. Instead, she cited a need for discretion as Visit Duluth continues to angle for a $400,000 contract to handle conventions and visitor center operations for the city.

When asked if there was progress along those lines, Schuchman said last week: “We are working in good faith to come to an agreement.”

He declined to address the numerous issues raised by the written evaluations.

When it came to staffing, Visit Duluth pitched a budget of $758,500 for operational expenses compared to $987,000 for marketing and visitor services.

“Budget (is) more staff intensive than other agencies, leaving less dollars for marketing,” a panelist wrote.

When it came to analytics, Visit Duluth was dinged for coming late to the analysis of data.

Best friends Lexi Schelde, left, and Rylee Zolin-Greek, both of Duluth, examine and break rocks looking for geodes and crystals while hunting for the same — plus agates and sea glass — along the beach in Canal Park under a big, passing cloud on a summer afternoon in 2018.
Bob King / 2018 file / Duluth News Tribune

“(M)etrics and goals (are) still being developed despite decades of history,” one evaluator said.

“Seems like they’re coming late to establishing metrics,” said another, while still another panelist said Visit Duluth couldn’t share anything about COVID-19 pandemic impacts, “partially because I don’t think they tracked impacts before.”

On the topic of creativity, one panelist diminished Visit Duluth as “more of a blunt force approach to attraction development and visitor quantity.” Another panelist said Visit Duluth excelled at “filling heads in beds, and in booking spaces,” but seemingly not enough else.

Another offered that “creative examples shared (were) not as dynamic as other agencies.” Others said Visit Duluth lacked scope or clarity on how to reach new audiences.

“(Visit Duluth) referred several times to a ‘limited market,’ indicating a constrained perspective on who may or may not visit the city,” a panelist wrote.

In the end, Visit Duluth’s pitch for another year of the city’s marketing work suffered for its history, which is based on a membership model.

“In general, (there was a) clear sense that the approach proposed would not change,” a panelist said. “(There’s) little interest in changing the way they have approached this work, which tends to leave out many voices.”

In contrast, the evaluations for Bellmont Partners were glowing, citing “fantastic past results with clients.”

The panelists glossed over the risk of “being lost in the crowd” at a larger agency, in favor of details such as “in-house videographers” (not something Visit Duluth offers) and a “customized dashboard to track performance metrics.”

“The team members have been to Duluth and shared photos of their trips to Duluth in the presentation,” wrote one impressed panelist.

Bellmont Partners has started preparing to take over as the city’s marketing arm, and will be “fully functioning” in that role on Jan. 1, Schuchman said, calling it premature to guess at the coming new approach.

A final panelist comment about Bellmont Partners seemed to hit home, and echoed the ire of folks who derided the city’s decision, by saying: “(The) only downfall is they aren’t from Duluth.” 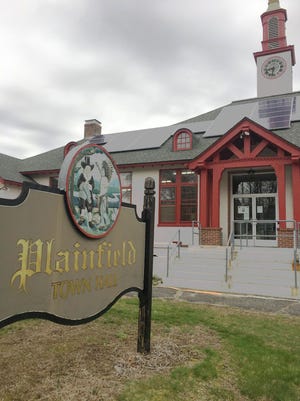