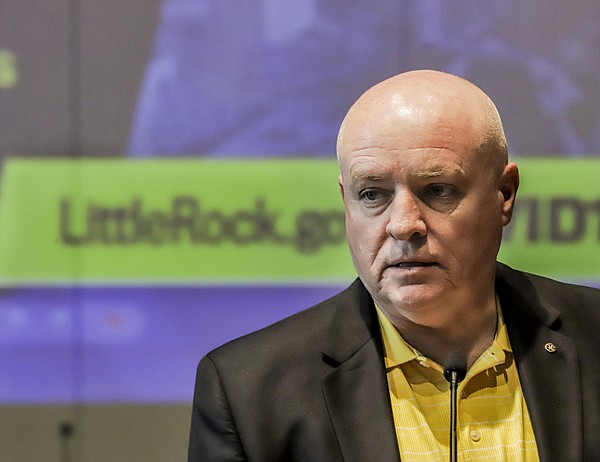 The Little Rock School District’s starting salary for a beginning 190-day teacher with a bachelor’s degree will go from $36,000 to $43,000 for this school year and the top salary will increase to $72,875, according to a three-year proposal pending before employees and the School Board.

With each increase to the beginning salary, the salaries for more experienced teachers and teachers with college credit hours above a bachelor’s degree will also increase each year.

The Little Rock proposal — and a proposed salary plan for the neighboring Pulaski County Special School District — come a month after districts statewide had to submit their budgets for the year to the Arkansas Division of Elementary and Secondary Education. The Pulaski County Special district’s proposal to raise its starting salary for a 190-day teacher from $34,618 to $40,000 for this year will be considered by that district’s School Board at its 6 p.m. meeting on Tuesday.

Little Rock Superintendent Mike Poore, Human Resources Director Robert Robinson and teacher leader Lakeitha Austin gave an overview of the proposed teacher pay plan in a video for employees last week in advance of the School Board’s agenda meeting Thursday and the board’s potential vote on the salaries on Oct. 28.

A similar video describing pay-raise plans for nonteaching support personnel will be shown at 5 p.m. Monday on the link lrsdlive.org.

Poore said the mapped-out set of raises, if approved in upcoming votes by employees and the School Board, will be the first built into the salary schedule for teachers since 2014. There have been occasional one-time bonuses as well as what was called “pandemic pay” of about $2,000 this past spring.

“To get to this day we all had to do some really tough things,” Poore said. “I want to honor that. Because the tough things at different times to different people were extremely painful.”

The proposed salary package is the result of months and even years of budget planning and work that has included reducing the number of employee positions in the district as well as permanently closing some school buildings. Woodruff, Franklin, Wilson, Henderson, Romine and David O. Dodd are among the buildings that are no longer used as traditional schools.

“Any time you make changes it can be hard,” Poore continued, “but we have done all the right things to get to the place now that we can say we have a package that is going to play out for three years.”

The proposal for the teacher salaries includes a 2% step increase for each additional year of teaching experience.

If approved, the across-the-board raises would be retroactive to the beginning of the current year contract.

Robinson said the pay proposal will move Little Rock’s starting pay from the rank of 81st highest in the state to the seventh highest. By the third year of the plan, he said, the district’s top teacher salary is projected to be the state’s highest. The state has 238 public school districts.

Austin, a career education teacher at Cloverdale Middle School and chairman of the district’s Personnel Policies Committee for state-licensed employees, pointed out that district teachers including veteran teachers can expect to see an approximate $10,000 increase in pay over three years, “which is excellent.”

District leaders are asking teacher employees to provide their feedback to the plan early this week before the School Board discussion of the proposal at its 5:30 p.m. agenda meeting Thursday. The teachers will actually vote on the issue between Oct. 18-22, before a possible School Board vote at its Oct. 28 meeting.

“We’re excited that there is a true raise and we are pleased and grateful and honored to be able to deliver a package, really because of everyone’s effort, that will impact you for years and years and years,” Poore told employees in the video message.