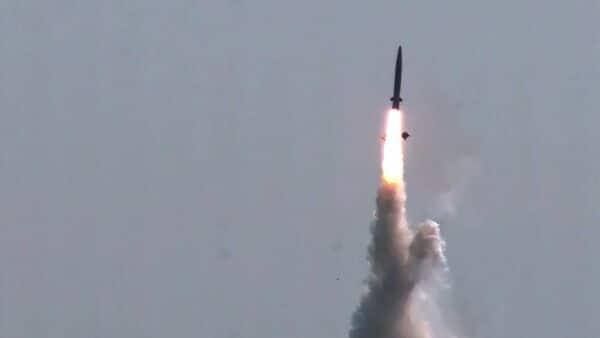 When rockets, satellites and spacecraft boldly go where no man (or woman) has gone before, can economists fail to tag along? As space-related activity has increased, attempts to quantify the space economy have grown in quantity and quality. A recent paper by researchers at the Centre for Development Studies and the Indian Institute of Space Science and Technology, both based in the capital of Kerala, has attempted to put a number to the contribution of the space sector to India’s economy, and come up with ₹36,794 crore, or 0.23% of GDP. That might not sound like much, but the figure is a probable underestimate. It is an important sector of the economy that will grow faster than most others and this initial estimate is welcome, as the first step to getting a firm handle on the actual impact of the space sector on India’s economy.

When it comes to estimating an economy’s total value-added or gross domestic product, it is important to bear two things in mind. There is a fair element of arbitrariness in these estimates, which can undergo significant changes, depending on methodological shifts. There are two types of arbitrariness. One relates to the inclusion/exclusion of certain services. As students of national income accounting have been taught for ages, if all housewives perform the very same chores they do at home at their neighbours’, and charge fees for those services, national income would suddenly shoot up, without either total activity or the net income of households going up. Many countries quibble over whether to include the income of prostitutes in national income or not — those that include it, like Britain, see their GDP go past the output of those that do not, like France’s.

The other element of arbitrariness comes from the inability to put an accurate number to the value of some things. Some years ago, government employees went on strike for 21 days in Bihar. In terms of the actual impact on society and the economy, very little was discernible. That would lead one to question the value of the services provided by the civil service of the state. However, the value of their services is totted up as the total value of the payout of civil service salaries. However, a well-functioning civil service delivering efficient administration can add immense value to the economy by enabling things to take place smoothly. This value or its absence is not captured in national income accounting. The value of Google searches, free for the one who carries out the search, is similarly not captured. Similar is the case with a range of space-enabled services. What is the value of geo-tagging of photographs, or of a driver reaching her destination using Google Maps, a service that depends on Global Positioning System satellites of the American defence establishment?

Even with these qualifications in mind, we should welcome this preliminary estimate of the size of the Space economy. Its three major components are the manufacturing of space-related equipment (satellites, launch vehicles and ancillary equipment), space operations (launch operations, space surveillance, tracking, lease, brokerage, etc) and space applications (Direct to Home broadcast, satellite telephony, remote sensing, etc). Innovations related to spacefaring constitute yet another vital segment. While India’s space programme has primarily depended on home-grown technology, it has not produced a great many patents that yield a steady stream of royalty income, for the simple reason that the Indian Space Research Organisation, the public sector entity that has pioneered India’s space effort kept the technologies it developed proprietory, as trade secrets that are not patented. While some private sector companies have been associated with India’s space programme right from the beginning, these too have focused on precision engineering rather than on pathbreaking innovations.

More than 70% of this space economy comes from Space Applications, relating to communication services and DTH. Manufacturing accounts for some 4%, and space operations, the rest. All this is about to change, drastically. For one, the policy has shifted to encourage private sector participation in space-related developments. India has 26 startups in space technologies and services, most of them based in Bengaluru. Satellite Internet is scheduled to take off on a major scale, with the arrival of low-earth orbiting satellites that bounce their signals off one another till these reach a satellite well-positioned to relay them to the intended ground station. Low-earth orbiting satellites are near enough Planet Earth to avoid the lag that disqualified geostationary satellite-based internet services, in which signals have to travel 35,786 km each way up and down. Low-earth orbiting satellites of Elon Musk’s Starlink Internet service are placed 550 km above the earth, in contrast.

Removing space debris will become a major service, once the number of satellites that whiz around our planet increases by leaps and bounds — One Web, in which Bharti Airtel is the largest shareholder, Starlink and Amazon’s Project Kuiper will send thousands of satellites into orbit for internet connectivity. African and Arab nations that might not have the capacity to build rockets are, nevertheless, designing satellites and getting them launched by the major spacefaring nations, to add to the population of satellites. Space is another battlefield, where knocking out a few satellites might give one combatant a huge edge over another. So, satellites will get damaged, break up, collide or otherwise create a mess up there in heaven, cleaning up which humans would not be able to leave to divine chance, to avoid spoiling healthy satellites.

The Russians might have started the space race, with the launch of Sputnik in 1957, but America now is in the clear lead. It is only fitting that America should lead in creating a Space Account to incorporate space-related economic activity into national income accounting. Britain and the OECD have also devised their own methods.