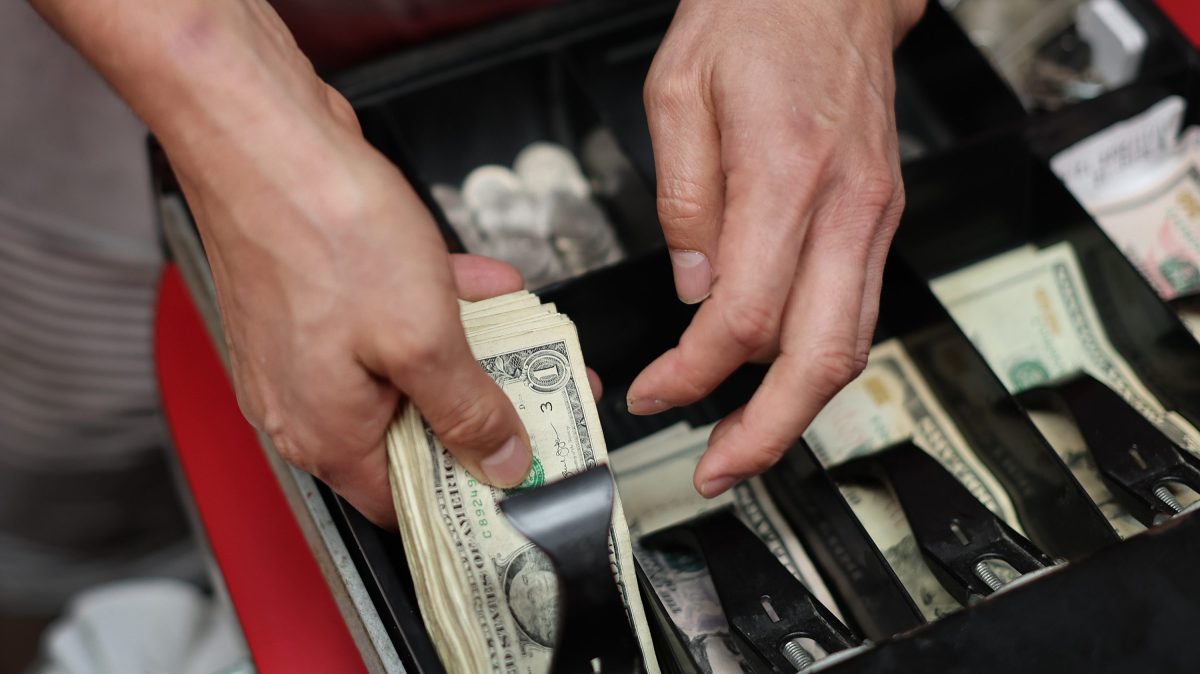 Price inflation is at a 40-year high — 8.5% year over year, according to the March consumer price index. Wages haven’t quite been keeping pace: Average hourly earnings were up 5.6% over the same period, per the Labor Department’s March jobs report.

Federal Reserve Chair Jerome Powell has expressed concern about the wages part of that equation. He’s said the labor market is tight to an “unhealthy” level, and that accelerating wage gains “wouldn’t be sustainable over too long of a period.”

What some economists worry about, and the Fed is trying to prevent, is the U.S. economy slipping into a “wage-price spiral.” That happens when rising wages drive companies to raise prices, which, in turn, prompts workers to demand pay that keeps up with inflation. And so on. Once that cycle gets started, it can be hard to stop — as policymakers learned in the early 1980s.

To try to better understand the connection between wages and prices in recent periods of high inflation, economic historian Thomas Stapleford of the University of Notre Dame suggested we look back in history — long before such high-inflation moments as the aftermath of World War II and the American Revolution.

“Four thousand years ago,” said Stapleford, “in the Code of Hammurabi, so, ancient Babylon, they tried to set prices: for hiring animals, how much you would pay to hire a cart, pay for a surgeon’s fees, pay for wheat or for grain.”

Stapleford said in the ancient period, wages and prices were treated the same in officials’ efforts to control inflation.

In our modern economy, wages and prices can get out of hand if there’s a classic wage-price spiral. “As consumers are worried that prices are going to rise in the future,” Stapleford explained, “first of all, they’re going to try to purchase things right now because they want to lock in something at a price — the existing price — before it goes up. But they are also going to push for higher wages.”

Columbia University economist and former Federal Reserve Gov. Frederic Mishkin said the economy faces similar risks today. “I think we are in a wage-price spiral right now. If workers start to expect inflation to be higher, they have to ask for higher wages in order not to fall behind the eight ball. It’s great if you get a 5% wage increase. But if inflation is expected to be 8%, you can buy 3% less goods next year. So it’s not doing a lot of good to have a high wage increase, if in fact inflation is going up by more.”

Mishkin argues that the Federal Reserve has failed to act quickly or decisively enough to keep prices and wages in check. “When you’re in the situation where the central bank loses credibility, people are not as convinced that they’re going to control inflation,” he said. “That’s exactly the time when workers and firms are going to end up with higher wages. And that’s what we’re seeing now.”

Some analysts, though, think we’re not quite in a wage-price spiral. “I don’t think we are necessarily entrenched in one yet, but I think the risk is very clear and very present,” said investment strategy analyst Ross Mayfield at Baird, which is a Marketplace underwriter. Mayfield said that what’s driving inflation right now is principally the pandemic and the war, not workers’ wage demands. “Many people understand that this is both COVID-related and Ukraine-related. Long-term inflation expectations are still reasonable. They are not outside of the norm yet.”

(The New York Fed’s most recent survey of consumer inflation expectations is here.)

There is also a camp among economists that views the risk of a wage-price spiral driving inflation higher now, or anytime soon, as minimal.

Economist Joe Brusuelas at consulting firm RSM said workers simply don’t have the clout to push wages higher and higher. He said that the tight labor market — driven principally by pandemic-induced labor shortages and demographic shifts — is the main cause of wage increases right now.

“This is not a wage-price spiral linked exclusively to inflation in the way in which we saw during the 1970s,” said Brusuelas. At that time, labor unions represented approximately 1 in 4 American workers.

“Back when unions played a much larger role in the economy, many contracts were tied to inflation,” Brusuelas continued. “In the late ‘70s, the United Mine Workers were able to extract almost a 12% increase in pay — in one year — linked specifically to inflation.”

He said companies have been able to pay higher prices for supplies, and higher wages to attract workers, without hurting their profit margins. To him, that’s evidence the pressure to raise wages isn’t hurting employers or the economy.

Meanwhile, that pressure is helping lower-income workers whose wages have lagged for decades. “What we’re seeing is a resetting of wages — especially for lower-income cohorts,” Brusuelas said. “The working class, the poor and the lower strata of the U.S. middle class are seeing wages go up.”

“Higher wages are a good thing in the American economy and not to be feared,” Brusuelas continued. “We do not have a classic wage-price spiral, and that can’t be repeated often enough.”

Is a wage-price spiral driving inflation? 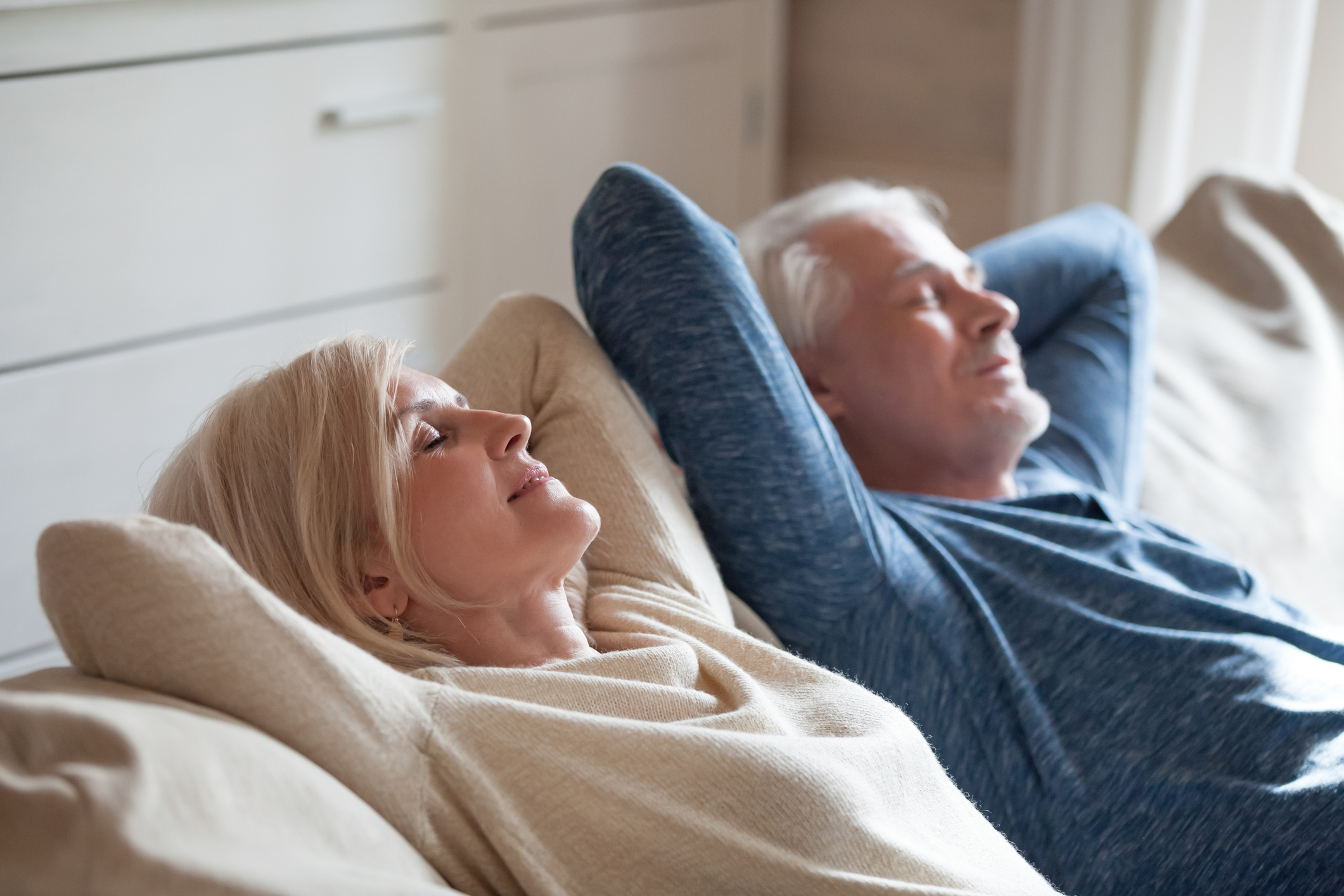 Previous post How to Retire with $1 Million on a $50,000 Salary
Next post What Are the Risks of Taking Out a Home Equity Loan?