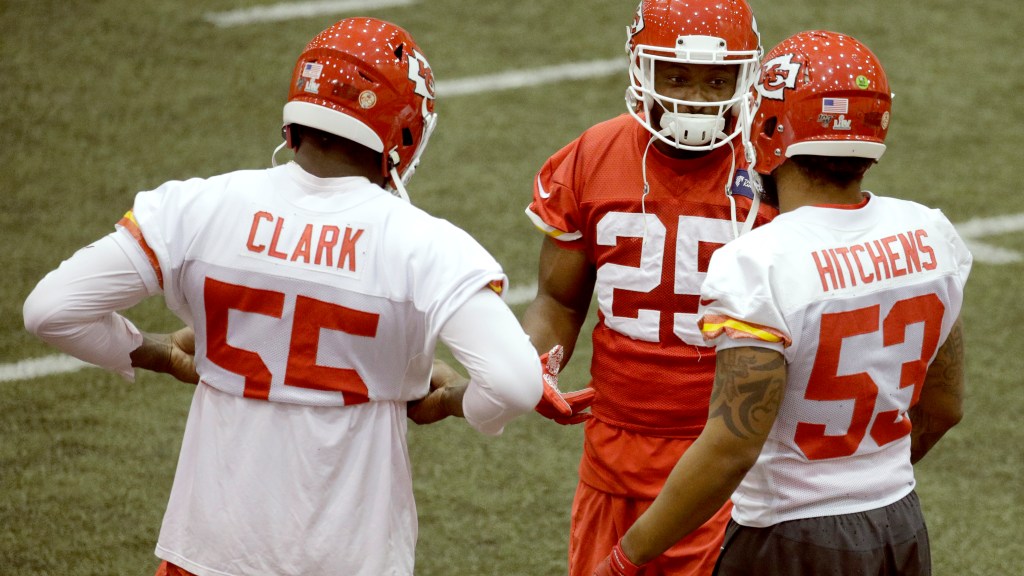 The Kansas City Chiefs are shifting focus to the 2022 NFL offseason after a disappointing conclusion to their 2021 campaign. The first thing on the agenda for GM Brett Veach is to get the salary cap in order.

According to the latest projections from Over The Cap, the Chiefs are expected to have around $14.2 million in salary-cap space to start the 2022 NFL offseason. They’ll have much more cap space after they do some housekeeping moves. That includes roster cuts, conversions and extensions that will free up cap space and give the team flexibility when free agency opens in March.

Patrick Mahomes’ contract, contrary to popular belief, isn’t an impediment to Kansas City’s salary cap situation. The Chiefs can create $22M in salary cap space for 2022 by converting Patrick Mahomes’ roster bonus into a signing bonus. This would effectively lower Mahomes’ cap number for 2022 from over $35 million to right under $14 million.

Expect the Chiefs to do this before March 18, when Mahomes’ roster bonus is due. The team also could use this tactic with Chris Jones, who has an $18 million roster bonus on March 18 as well. Travis Kelce has $750K in per-game roster bonuses that the team could restructure. Tyreek Hill also has a roster bonus that could be converted, but the Chiefs would be better off extending him given his contract is up in 2023. That could reduce his 2022 cap number and help the front office plot out the future.

There are two roster cuts that most expect the Chiefs to make: DE Frank Clark and LB Anthony Hitchens. The team can save $8.4M by releasing Hitchens at any time and the team will only incur $4.2M in dead money. The scenario for Clark is a little different, though. They can save significantly more on Clark if they designate him as a post-June 1 cut. Here’s what those numbers look like courtesy of Over The Cap.

With these two roster cuts alone, the Chiefs could create as much as $27.9 million in cap space. Add Mahomes and Jones roster bonus conversions to the mix and the team could be looking at over $60 million in created cap space in addition to the $14.2 million they’re already expected to have.

Given the group of pending free agents and the improvements Kansas City needs to make to continue to maximize their window, it’s safe to say that they’re in a good spot for the 2022 NFL offseason. They need to be cautious, though. Restructuring contracts is simply a delaying tactic and can result in serious salary cap implications down the line.