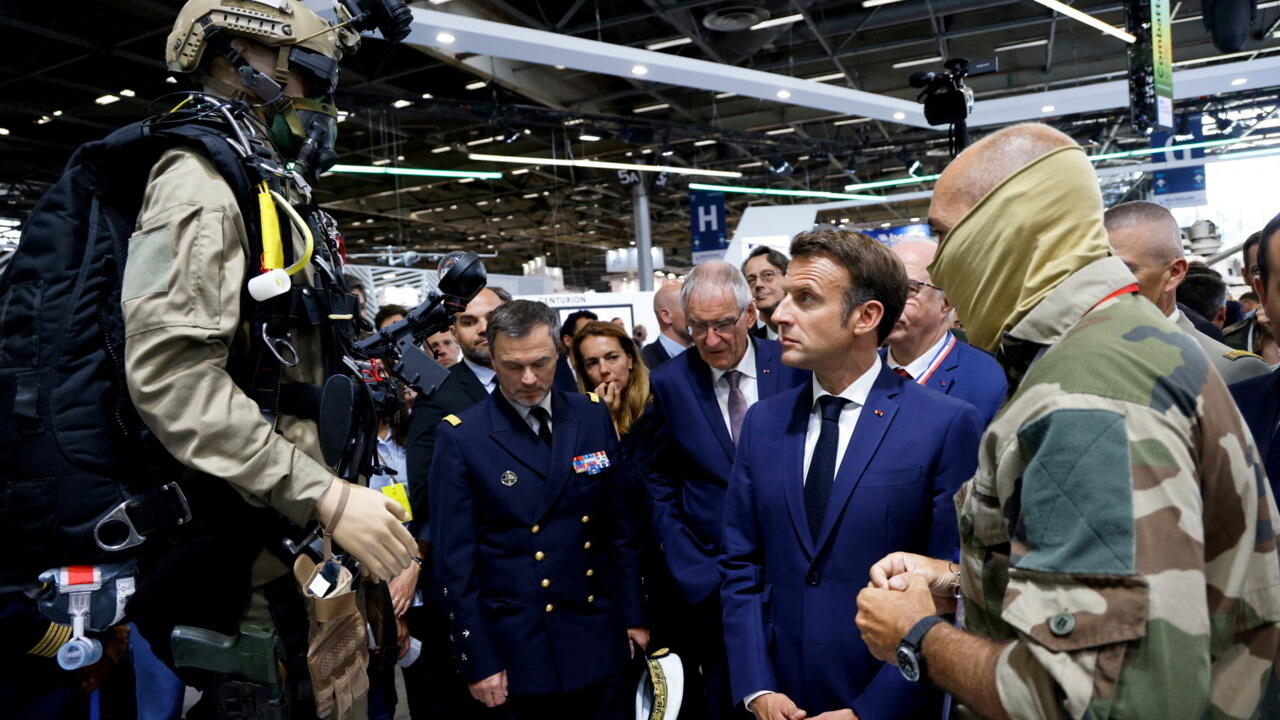 Speaking at Eurosatory, a weapons industry fair, Macron said Europe needed “a much larger defence industry” to avoid relying on suppliers elsewhere for its equipment needs.

Since Russia’s invasion of Ukraine in February, France “has entered into a war economy in which I believe we will find ourselves for a long time”.

Macron said he had asked the defence ministry and armed forces chiefs of staff to adjust a six-year framework defence spending plan running to 2025 to the new geopolitical situation, to “match the means to the threats”.

Even before Ukraine, French military spending had gradually increased since Macron came to power in 2017 to reach 41 billion euros this year, and is currently scheduled to hit 50 billion euros in 2025.

“We didn’t wait for strategic changes to re-invest,” Macron said, but Russia’s war had created “an additional need to move faster and become stronger at a lower cost”.


Macron said that “anybody doubting the urgency of these efforts only needs to look to Ukraine, where soldiers are asking for quality weaponry and they are entitled to a response from us”.

According to Le Monde newspaper, the government’s armament agency DGA is considering a draft law that would allow the requisitioning of civilian equipment or civilian factories to make weapons.

“Let’s not repeat the errors of the past going forward,” he said. “Spending large sums on purchases from elsewhere is not a good idea.”

Europe needs a defence industry that is “much stronger and much more ambitious” than now, he said, “or we will create our own future dependencies”.

A European fighter plan project is, according to experts, currently running about a decade late, while a new French-German battle tank project, MGCS, is not expected to be operational for nearly another two decades.

Meanwhile, the war at the EU’s doorstep does not show any signs of winding down. Ukraine said Monday its forces had been pushed back from the centre of key industrial city Severodonetsk, where President Volodymyr Zelensky described a fight for “literally every metre”.

The capture of Severodonetsk would open the road for Moscow to another major city, Kramatorsk, in their steps toward conquering the whole of Donbas, a mainly Russian-speaking region partly held by pro-Russian separatists since 2014.

On Monday, Amnesty International accused Russia of war crimes in Ukraine, saying that attacks on the northeastern city of Kharkiv, many using banned cluster bombs, had killed hundreds of civilians.

⚡️ In a new report, our researchers have documented how Russian forces have caused widespread death and destruction by relentlessly bombarding residential neighbourhoods of Kharkiv since their invasion began in late February.


“The repeated bombardments of residential neighbourhoods in Kharkiv are indiscriminate attacks which killed and injured hundreds of civilians, and as such constitute war crimes,” the rights group said in a report on Ukraine’s second biggest city.

Away from the battlefield, World Trade Organization members gathered in Geneva Sunday, with the threat posed to global food security by Russia’s war in wheat-producing Ukraine top of the agenda.

Tensions ran high during a closed-door session, where several delegates took the floor to condemn Russia’s war, including Kyiv’s envoy who was met with a standing ovation, WTO spokesman Dan Pruzin told journalists.