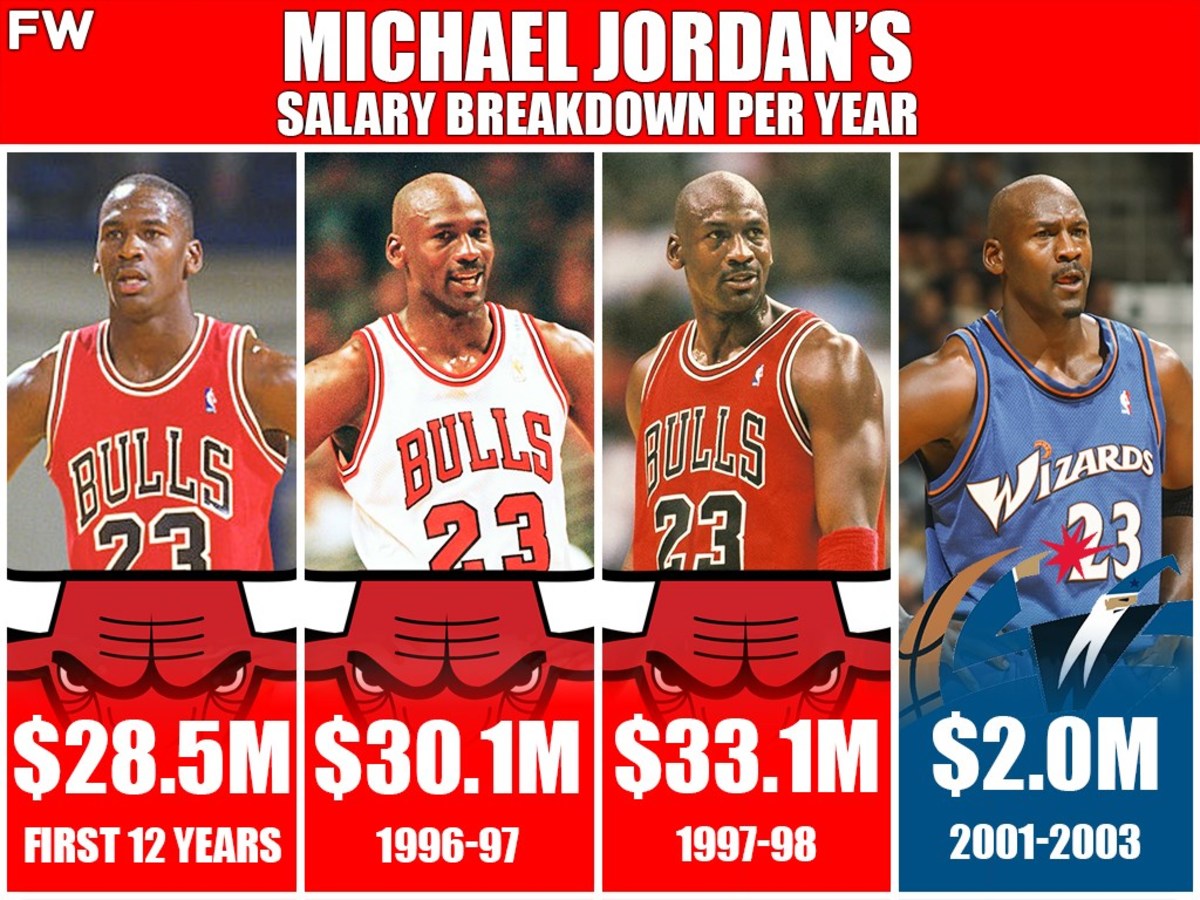 In today’s era, you can be a three-point specialist and make $20 million per season. When looking back, that would have been the combined salary for Michael Jordan for his first 10 seasons in the league. The value of the NBA has soared over the years and Jordan was the pioneer that vaulted the league’s rise to the top of the sports market.

Had Jordan played in today’s era, would have made more than the likes of Giannis Antetokounmpo and Steph Curry, who recently signed a contract extension that will pay them $50 million in annual salary. Could he have gotten more? Let’s take a journey at the original salaries that Jordan received during his career.

When computing these results, we took his original salary off of Spotrac. Then, we used the Consumer Price Index converter from the Bureau of Labor statistics to judge how inflated the salary is today. By the end of Jordan’s career, he was paid like some of today’s current superstars.

The league’s minimum salary for veterans is $2.6 million. Jordan still made $2 million less in his rookie season, which featured him averaging 28.2 points and the Rookie of the Year Award. Today’s rookie contract paid Zion Williamson $9.4 million without playing a single game beforehand. Not to mention, Williamson didn’t play more than a handful of games either. How times have changed.

His second year in the league was historically considered his worst season as he played just 18 games total, including seven starts. Due to injuries, Jordan played the fewest games of his career. Given the value at the time, this seems fair since he played less than a quarter of the season.

By this season, Jordan really started to make a name for himself. It was the first time Jordan made the All-NBA First Team, an accomplishment he made 10 times in his career. Jordan also led the league with 37.1 points, which was a career-high. By now, Jordan would have been eligible to sign a supermax deal that would pay him close to $200 million. To think, Shai Gilgeous-Alexander, Trae Young, and Luka Doncic are just a few in recent months. Jordan was still barely making just over half a million dollars.

Jordan won his first MVP this season and still was not paid $1 million in salary. By this time, Jordan had established himself as the league’s best player but had not been able to get past the Detroit Pistons in the playoffs. You could compare Jordan’s reign to Luka Doncic today. The only difference is that Doncic got a hefty pay raise that will pay him over $200 million in salary and it took only three seasons.

Jordan averaged one of his best overall stat lines this year. He averaged 32.5 points, 8.0 rebounds, and 8.0 assists. It was the closest that Jordan had ever been to record a triple-double in a season. Now, this was under what would be considered a $4.6 million salary. Russell Westbrook has accomplished this four times and has way surpassed that financial benchmark.

The following season, Jordan improved his points and remained one of the best shooters in the game. Despite not winning a championship, the Bulls were in the conversation before falling to the Pistons in the playoffs. After this year, the dynasty would be born and the value for Jordan would begin to rise.

The Bulls finally broke through the mold and won their first championship. When today’s players win, some incentives can generate up to millions of dollars. Jordan’s salary would have just topped off what Jeff Green is making this year.

This season marked the fifth straight season that Jordan shot over 50% from the field, including averaging more than 30.0 points per game. It was also the second straight NBA championship the team had won. In a league that gives bonuses, his bonus still would not have made him worth a mid-level exception in today’s game.

When Kobe Bryant won his third championship, his annual salary was $11.2 million. It just goes to show how the game has changed. Jordan was making just over $4 million in salary and had led the Bulls to three straight championships, which included winning three Finals MVPs.

Jordan was still owed his salary despite “retiring.” After winning his third championship, the following season was emotional for Jordan as it was the first without his father. He elected to play minor league baseball, but the Bulls still have rights to his contract if he returns to basketball.

Jordan shocked the world by returning to basketball. Jordan missed half the season as he wrestled with the decision. If you want to be technical, the Bulls played a combined $7.8 million in salary for a handful of games and no trips to the Conference Finals. Given what Jordan provided the team before he left, it all evened out.

The Bulls won 72 games and set an NBA record for wins. When Steph Curry did that with the Warriors in 2015, he was eventually rewarded with a max contract paying him over $30 million in annual salary. Looking back on history, it’s funny how history finds a way of repeating itself.

This was the first time that Jordan was paid his worth. The summer of 1996 was a critical one for the Bulls. The New York Knicks were nearly on the verge of signing Jordan to a contract that would pay him $18 million, which Jordan was willing to take. Instead, the 33-year old and his agent were able to get an extra $12 million in salary. It worked out as the Bulls

With the inflation metric, Jordan would be considered the highest-paid player ever to play in the NBA. That includes the lofty salaries from Giannis and Curry. Given what Jordan provided on the court, you would have to think that the investment was worth it. Jordan led the Bulls to their sixth overall championship in the decade, as well as the second three-peat. It’s only fitting that the large sum was paid off with a championship.

Given that Jordan averaged 22.9 points, getting paid $1 million is a steal. Jordan was in the later stages of his career and four years removed from basketball. It goes to show how talented the GOAT was even after taking all that time off. Jordan may not have made the Washington Wizards contenders, but he helped the team fill the arena.

In his final season in the league, Jordan averaged 20.0 points in 37.0 minutes per game. He played in all 82 games. His minutes per game were one of the highest marks in his career. You would think that he could have received a bonus for all his hard work, but between Jordan’s endorsements and side hustles, he was probably doing just fine financially.

A Supermax Player Ahead Of His Time

Let’s put this into perspective. When Jordan was paid his $33 million in salary during the 1997-1998 season, Patrick Ewing was paid just over $20 million, while Horace Grant was the third-highest paid player in the league at $14 million. When Jordan won his first championship, that season he was just the eighth-highest paid player with guys like Chris Mullin and Hot Rod Williams being paid more.

It just goes to show how the brand of basketball has grown globally. Jordan had a huge hand in making that happen. Today’s market is just so much bigger. You can’t blame the team for not forking over the money because times were different. Still, Jordan remains the GOAT, not just in basketball awards, but salary as well. However, give it time. We will probably see a $60 million basketball player at some point in our life down the line.

Credit for an idea: Uncovered NBA/Instagram

What Michael Jordan’s Teammates Thought Of Him: “He Carried Me For Like 11 Seasons… He Was A Hell Of A Teammate.”

Michael Jordan On LeBron James Playing In His Era: “Could LeBron Be Successful In Our Era? Yes, Would He Be As Successful? No.” 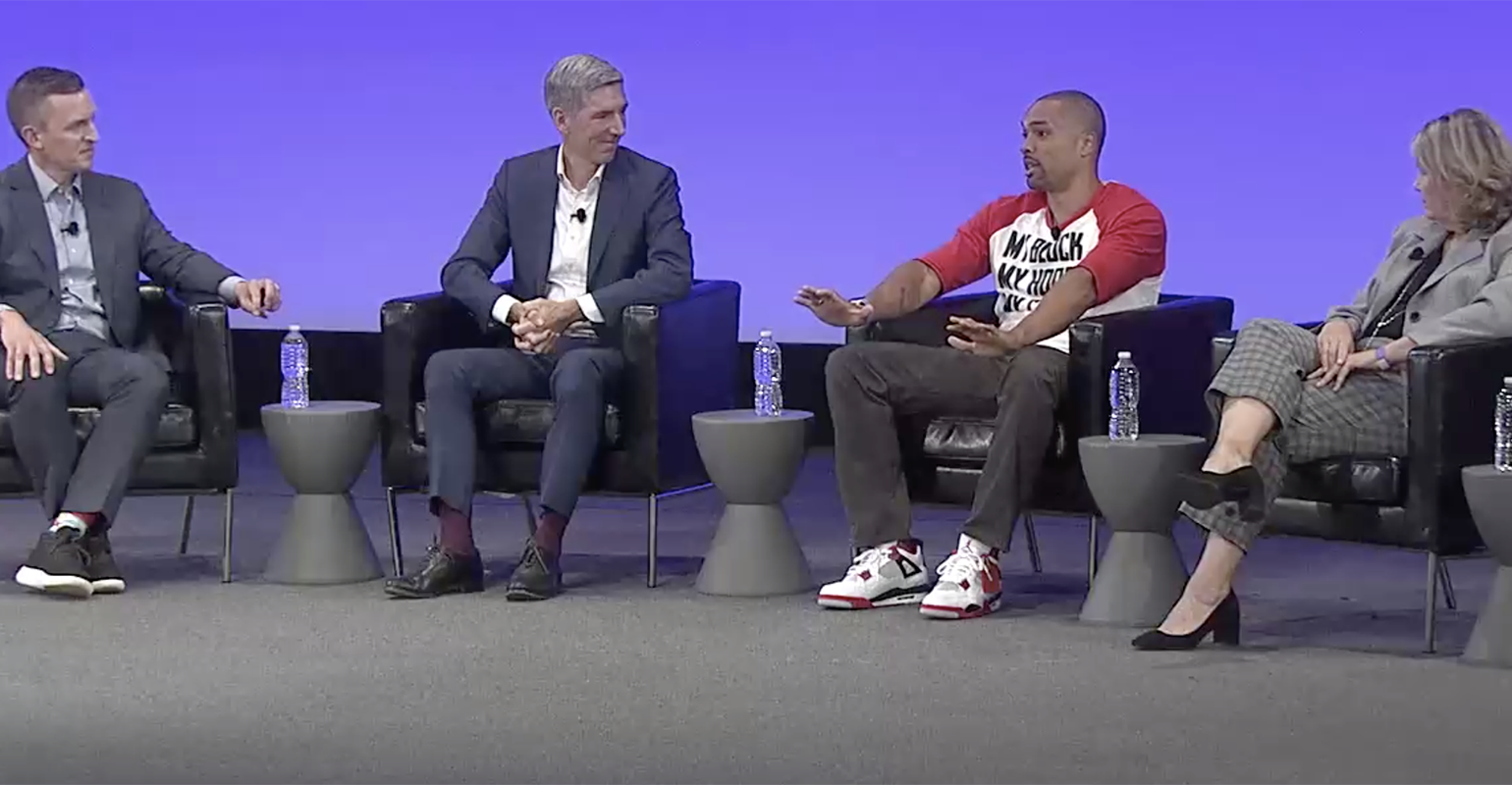 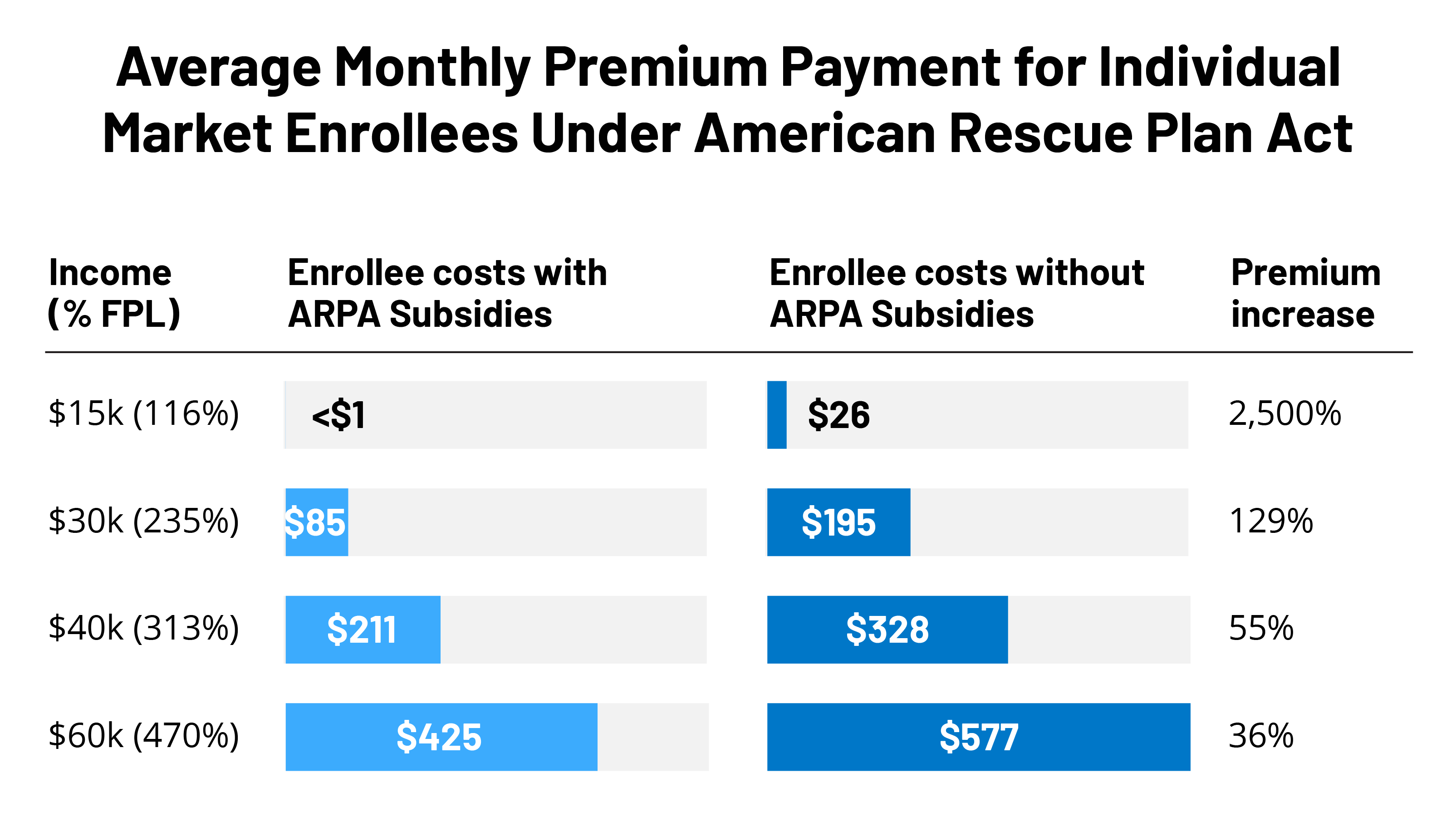