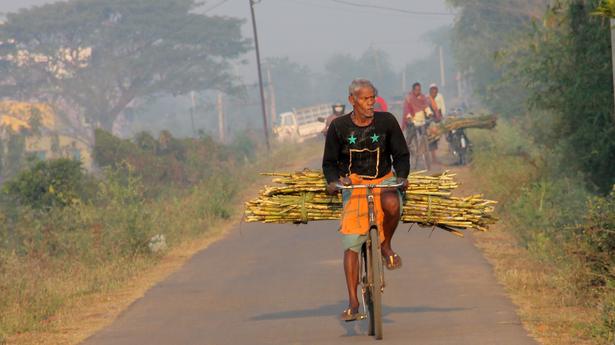 The Odisha Economic Survey says the State has registered a growth rate much higher than India’s Gross Domestic Product growth rate of 8.8% as per the first advance estimate.

The Odisha Economic Survey says the State has registered a growth rate much higher than India’s Gross Domestic Product growth rate of 8.8% as per the first advance estimate.

Odisha’s economy has registered a sharp recovery in 2021-22 with Gross State Domestic Product (GSDP) clocking a growth rate of 10.1%, says the Odisha Economic Survey which was tabled in the Assembly on Tuesday.

“It is one of the fastest growing States in the country and has registered a growth rate much higher than India’s Gross Domestic Product growth rate of 8.8% as per the first advance estimate,” it says.

Stating that Odisha faced the adverse impact of COVID-19 with the GSDP contracting by 5.3% in 2020-21 against a contraction of 6.6% in India’s GDP, the report says the State’s demonstrated far more resilience and reverted to the pre-pandemic level much faster.

The survey has projected that the GSDP could grow by 9-9.5% in 2022-23 if there is normal monsoon, no furthermore damaging waves of coronavirus mutations and induced economic disruption, stable oil prices and steadily easing of supply chain.

The Economic Survey, however, expressed concerns over the Russia and Ukraine conflict saying it may bring in further uncertainty.

Presenting a rosy picture about State’s financial health, it says the per capita income of Odisha has also grown at a double-digit rate of 16.8% in 2021-22.

The improvement in per capital income has been mostly driven by growth in industry (14.5%) and service sector (7.9%).

The survey points out that agriculture and allied sector has registered a contraction of 3.4% in 2021-22 due to drought, unseasonal rain, and cyclone. Inflation was estimate at 5.3%. Next post New jobs aplenty, but many only offer up to RM2k salaries