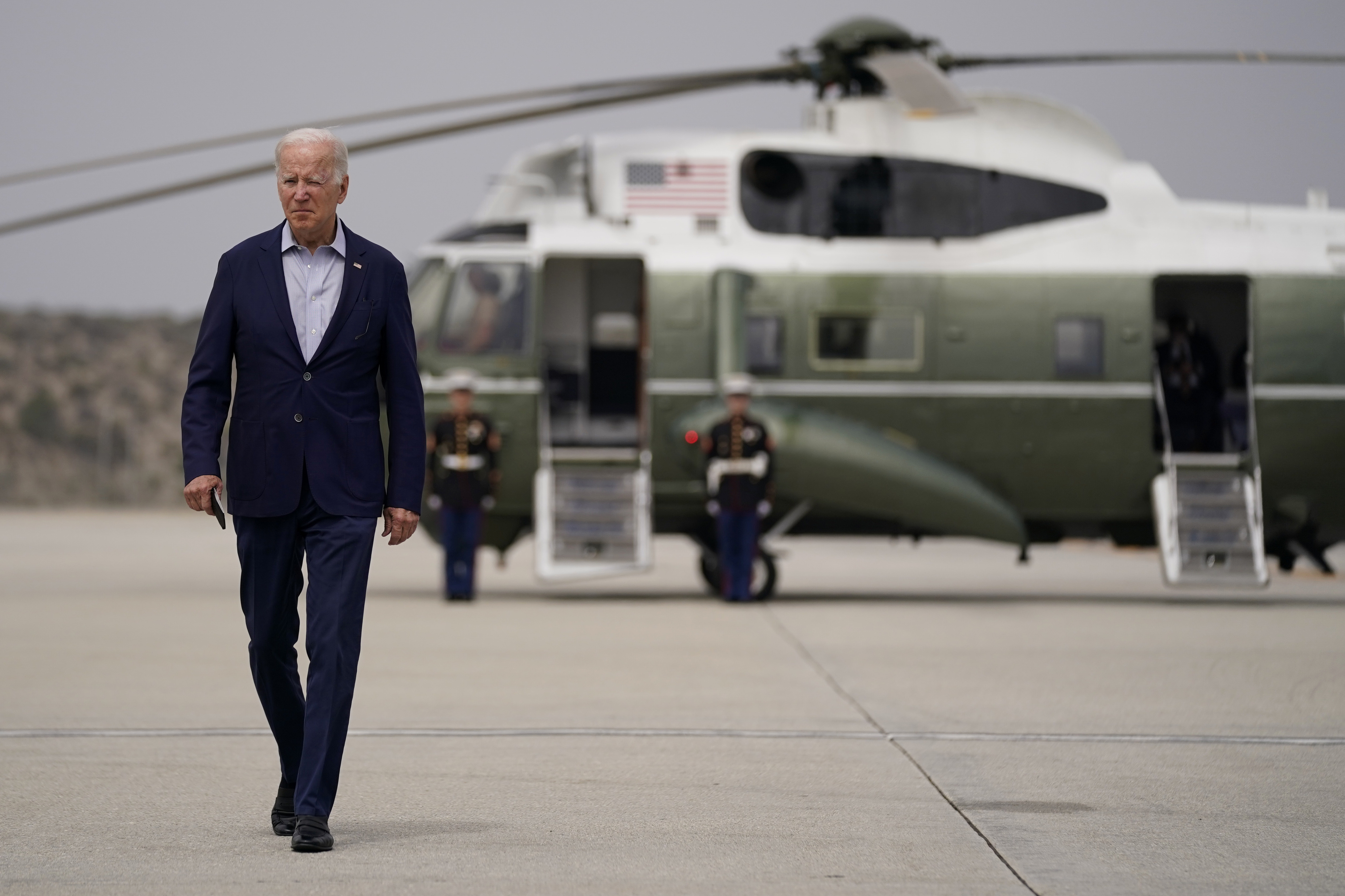 What is most critical to address first? Each side has core strategic interests for which they need to see the other side demonstrate concern. Cementing a set of understandings around these issues would make a visit valuable, even while other disagreements remain.

For Saudi Arabia, the core strategic interest is ensuring its defense against the threat posed by the regime in Iran and its proxies, particularly the Houthis in Yemen, who, with Iranian backing, training and arms, have launched dozens of rockets against Saudi civilian targets. Closely related is the Saudis’ desire for confidence that the United States is committed to stopping Iran’s development of nuclear weapons and that Washington retains a strategic commitment to the Middle East and to its regional partners, even as it addresses other strategic priorities in the Indo-Pacific and Europe.

Here, Biden’s experience cultivating the close U.S.-Israel alliance, while also navigating real differences, is relevant. His career-long bond with Israelis is evidence that as long as one demonstrates clear understanding and empathy for a partner’s major security fears, it is possible to have very tough discussions on a range of topics and work through areas of disagreement.

Biden and Saudi leaders may not agree on returning to the Iran nuclear deal, for example; neither do Biden and Israeli Prime Minister Naftali Bennett (nor do the authors of this article, for that matter). One side sees the agreement as the least bad available alternative to buy the most time delaying Iran’s nuclear program, while the other side argues it only delays the inevitability of an even worse Iranian nuclear breakout and fuels Iran’s other regional aggressions through major sanctions relief.

The bridge to overcome this disagreement is to achieve understandings on what follows the nuclear talks, whether they collapse or result in a renewed nuclear deal. In either case, Iran’s implacable hostility can be expected to fuel escalation. Recognizing the severe threat Iran and its proxies will continue to pose to U.S. forces and partners necessitates clear U.S. commitments, underscored by its ongoing presence in the region: to assist in development of integrated regional air defenses; to sanction and designate Iranian entities engaged in terror and its ballistic missile and drone programs (even while the nuclear agreement lifts terrorism sanctions on Iran’s central bank and oil and tanker companies); to facilitate interdictions of weapons shipments to proxies; to rally international condemnation of the regime’s interference in its neighbors’ affairs and abuse of its own people; and to prepare military deterrence and defense options, alone or with others, to ensure Iran never acquires a nuclear weapon. That should include a clear and credible threat by Biden to use military force to stop an Iranian nuclear weapon. And the Saudis, who were shaken by the lack of any U.S. response to the Iranian attack on its major oil facility at Abqaiq in 2019 under the Trump administration, must have confidence that they will not be left alone in the event of similar attacks in the future. These commitments, which apply both to a renewed Iran nuclear deal and its sunsets and to a no-deal scenario, and which do not rule out maintaining deescalation channels to Iran, should also elicit a Saudi commitment to take no steps toward developing its own uranium enrichment capability.

For Biden, the core strategic interest that must be addressed is ensuring that Saudi Arabia continues to orient its policies toward the United States, rather than hedge its bets by leaning toward Russia and China. There are many aspects to such commitments, from avoiding acquisitions of major Chinese and Russian military systems to standing with the United States in condemning outrages like Russia’s invasion of Ukraine and China’s persecution of Muslim Uyghurs. In the context of the war in Ukraine, it also requires Saudi Arabia to agree to increase oil production to bring down prices, so sanctions on Russia have deeper bite and European energy supply needs can be met by non-Russian sources. Abandoning the oil production quotas the Kingdom and Russia established in the OPEC+ agreement will be a clear sign that the Saudis are prepared to give as well as receive, and understand that to be treated as partners, they must act like partners.

That is the essence of the bargain for both sides: the restoration of a partnership. It has always been somewhat transactional — a steady and cheap supply of oil in exchange for security — but its critical elements remain relevant even in the face of serious, perhaps unbridgeable, differences between the countries’ leaders. Saudi Arabia has no serious alternative to the United States as a guarantor of its security against the very real threats it faces. Facilitation of Saudi Arabia’s own defense capabilities, and assurances of U.S. intentions, are fundamental to the Kingdom’s success. Meanwhile, today’s oil price spike underscores the critical role that Riyadh has often played during past geopolitical crises in stabilizing oil markets. And in an era of global superpower competition, keeping key Middle Eastern nations aligned with the United States is imperative.

These are the central requirements that would make a visit to Saudi Arabia worthwhile. And yet it would leave important issues unresolved, from U.S. concerns over Saudi human rights violations to Saudi complaints that its dramatic social reforms underway have not been recognized. Biden should acknowledge these profound changes, perhaps by meeting dynamic female social and business entrepreneurs only recently allowed by Saudi leaders to pursue their ambitions, which they attribute to decisions of Crown Prince Mohammed bin Salman (MBS). Biden can give credit where due and encourage a positive trend. But the Saudis should go further: They need to release key human rights activists from prison, especially those who pushed for the very social reforms MBS has now embraced, and commit not to imprison them in the future. They should also allow Raif Badawi and Loujain al-Hathloul, recently released from prison for advocating these social reforms, to secure a clemency from travel bans that would allow them to leave the Kingdom and, in Badawi’s case, reunite with his family in Canada.

The Khashoggi murder will continue to hang heavily over this relationship, as it should. In a clear, direct, private conversation between Biden and MBS, it must be made clear that it is a stain that will remain; that there is genuine remorse; that the Khashoggi family’s needs will be met; that no such crimes will be committed again; and that a pragmatic partnership on broader interests must proceed on this basis.

Beyond the confines of this visit, it’s in the broader interests of both countries for Saudi Arabia to eventually join the Abraham Accords. This is a priority that Biden should advance, and a stabilized bilateral relationship should enable him to do so in the remaining years of his first term. Growing Israeli-Saudi military and intelligence cooperation suggests the promise of greater commercial, technology and people-to-people cooperation, and eventual full diplomatic relations. Cementing a coalition of moderate states in the region, advancing Saudi modernization, development and economic diversification goals, and — handled sensitively — offering the Palestinians a path to participate in normalization that improves, rather than impedes, prospects for an Israeli-Palestinian peace agreement are all mutual goals that normalization can advance. Biden’s trip may include a signal of what is possible, with a limited step like the resolution of the status of Saudi islands in the Red Sea while ensuring freedom of navigation for Israeli ships, or the expansion of Israeli civilian overflights of Saudi territory. Extending the current U.N.-negotiated truce in Yemen will also help sustain a stabilization of U.S.-Saudi ties, while leaving open the path toward a more permanent settlement.

The mutual interests served by stabilizing this partnership should lead Biden and the Saudi leadership to embrace a framework to recognize and advance their respective core strategic interests. This approach will serve one other critical cause: helping ensure that the U.S.-Saudi partnership is not subject to drastic swings with every change of U.S. administration. Biden is a known skeptic of the Saudis, views he held long before he called them a “pariah” during the 2020 election campaign. Precisely for this reason, in striking such a deal he is well-positioned to strengthen bipartisan support in Congress and among the American people for the principle that this complicated, yet vital, relationship is worth preserving. That is an interest that surely Biden, the Saudis and most Americans can agree on. 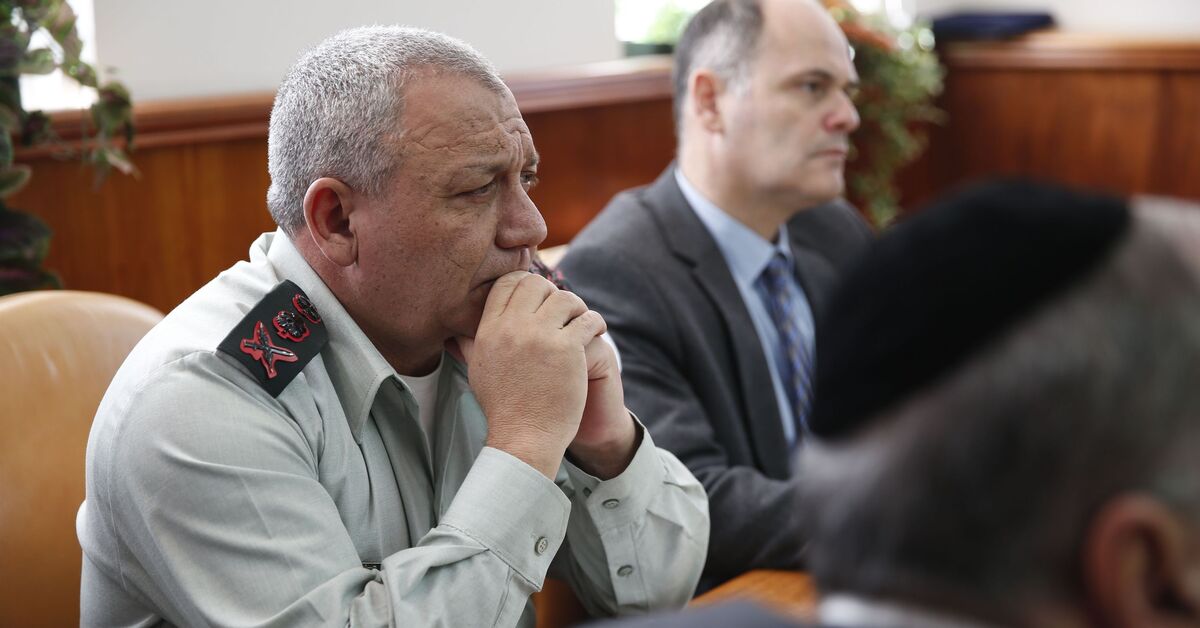