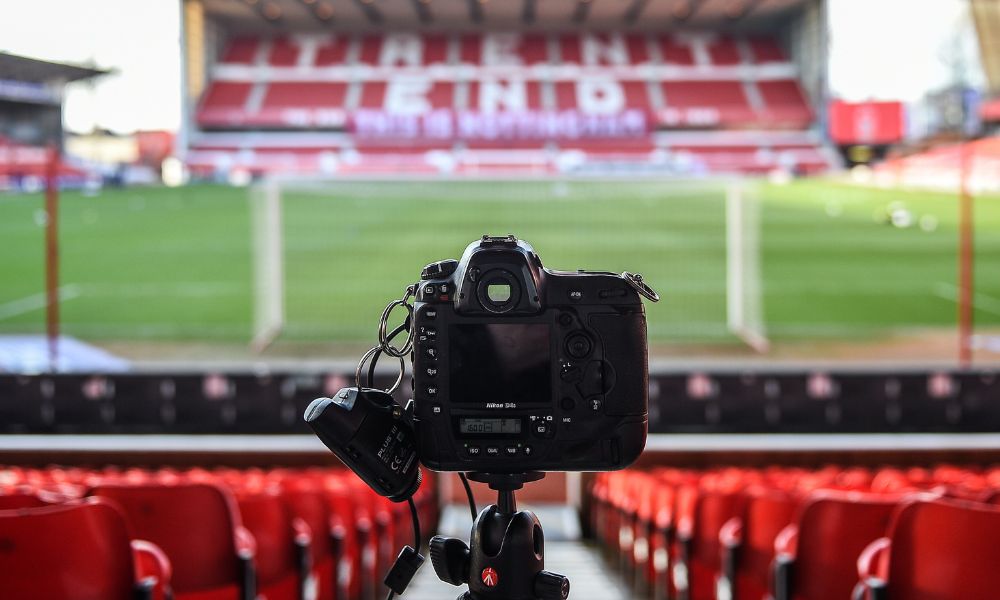 Imagine for a second that the world’s greatest sporting moments had never been filmed or photographed, and that we only had written records and visual testimony from those present at the time of such events.

Muhammad Ali standing over Sonny Liston. Diego Maradona lifted into the air holding the Fifa World Cup in 1986. A grinning Usain Bolt, speeding past his competitors at the 2016 Summer Olympics in Rio. How would such moments be remembered – if indeed, they were remembered at all – without a visual record of some sort?

Clearly, the capture of these moments has real value, even many decades after the events themselves. Now consider that for the whole time the internet has been a part of our lives, we’ve never had a standard way to protect such images online. If we agree that something has value, shouldn’t our instinct should be to protect it?

We do elsewhere, after all. Digital rights management (DRM) and the principle of streaming have returned control to filmmakers, musical artists, authors and many others involved in the production of creative works. But images are still being uploaded online in the same way they always have, as individual files, ones that can be easily saved, duplicated, manipulated and redistributed, without their creators having any visibility over this activity.

It’s easy to consider this to be a fringe issue, and for nobody to be harmed by occasionally saving an image they like to their desktop, or using it on their social media profiles. But when you consider that an estimated 2.5 billion images are stolen every day, the damage to both individuals and businesses can start to be understood. Stolen images don’t just contribute to a loss of earnings for creatives – they also underpin a trillion-dollar counterfeit goods industry, and are widely used in online harassment, fraud, misinformation and other deception.

Part of the problem is the ease with which images can be stolen, which gives the impression that such actions are permissible, and this is compounded by the anonymity of the act itself. While a bad actor will specifically seek out images necessary for an illicit act, most other people with no ill will to others can start to lose sight of the value of creative works when this kind of copying becomes commonplace. The fact that most people (quite understandably) have very little awareness of what copyright regulations prohibit and permit means it’s likely they’re unaware that they’re doing anything wrong.

Creatives cannot earn a living – and so cannot continue to produce the kind of work that is sought after – if people aren’t prepared to demonstrate how much they value what they do. And this devaluing is not confined to online activity. Whether it’s for photography, video, live music or something else, stories of being offered ‘exposure’ in lieu of payment are ones you will hear from most creatives. The message within such requests is simple: what you offer has value to us, but we’re not prepared to recognise this in any tangible way.

Theft and loss of earnings are bad enough for creatives, and mean that many ultimately end up seeking additional sources of income in order to get by. But understanding what is being lost through this activity is only one side of this. We should also ask ourselves: what isn’t being gained?

In an age of streaming, the answer is data, and specifically visibility over how and where these images are being used. Creatives on YouTube can easily see not just how many views their videos have had, but how these views are divided by gender, where viewers are located and even when viewers tend to be online, and all of this can be used to inform future content and how it’s published. Similarly, artists on Spotify can understand which of their songs and albums are being streamed, where in the world their audiences are located, whether they are discovering their content in playlists or in their profile pages and many other things.

There’s no reason why this kind of data available for streamed videos and music cannot be gathered for images that are disseminated on the same principle. Indeed, SmartFrame already provides this. This data covers everything from views, impressions, and specific interactions, through to specific domains on which these images are embedded, the date on which search engines last indexed them, and even whether anyone has tried to steal them.

This is only made possible because the images themselves are streamed from one location to wherever they have been embedded, rather than uploaded time and time again, as is conventional for images today. Streaming means that the creator or owner of these works not only has visibility over how these are being used, but also has the freedom to pull them from circulation at any point, regardless of where they have been embedded online.

With protection against theft as standard, streaming ultimately means taking back control. And this extends to being able to realise the full value of these images. Images that have value, and that attract attention, can be easily monetised through in-image advertising. By combining metadata from the image (player, match, stadium, team and so on) with subject recognition powered by artificial intelligence (AI), advertising can be made relevant to the image itself. It can also be contextual, taking into account the environment in which it’s viewed to make it more relevant to the audience, and all without the use of tracking cookies and in complete compliance with privacy regulations.

Want to sell tickets to your next game? Knowing a viewer’s geolocation means you can serve an advert for this inside a relevant image, even if this image is viewed on a website you yourself do not operate, and this can be used to drive traffic directly to a ticket sales page. Want to sell merchandise? Or promote a charity event? Or work with a partner on a sponsorship package? All of this and more is possible.

More and more individuals, brands and businesses are realising this. Media organisations, publishers, cultural heritage institutions, sporting bodies, image libraries – these and many others now use image streaming to protect their assets, learn more about their audience, and monetise their inventory. By doing so, they better understand what people want and gain an edge over their competitors. As adoption continues, people will become used to a new way of engaging with these images online, and will understand that there is a reason such images are being published in this way.

Much like embedding YouTube videos or Spotify playlists in webpages has become the norm, widespread adoption of image streaming will do the same for images. It’s only a matter of time.

Opinion | If we value images, we ought to demonstrate it