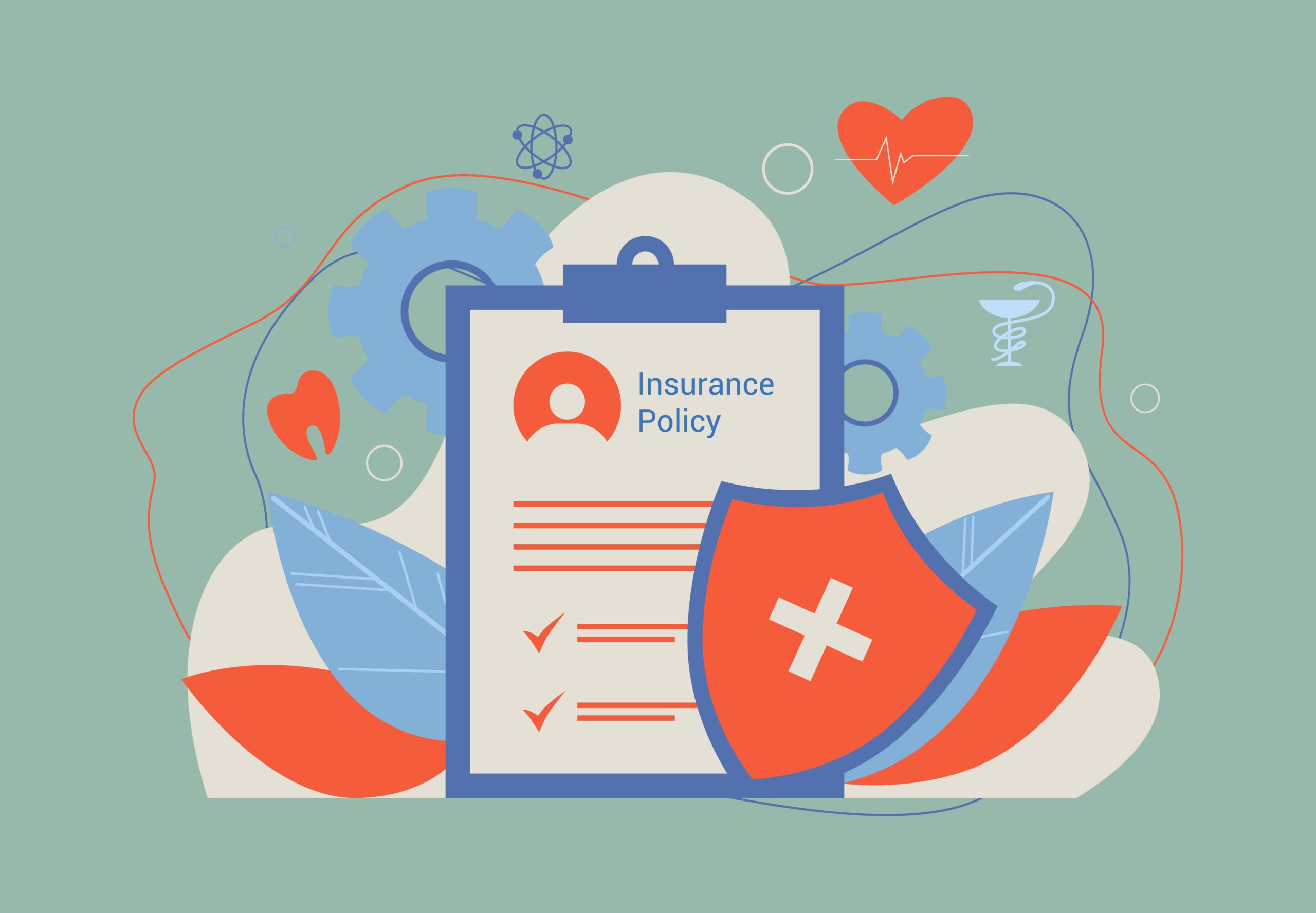 One of the most common criticisms of the Affordable Care Act [ACA] is that it really hasn’t made health insurance affordable for consumers as it promised.

However, because of the American Rescue Plan Act [ARPA], many more people buying health insurance in the marketplace are eligible for new subsidies that significantly drive down costs.

Bill Tuthill, Highmark’s senior vice president of federal markets, has focused almost exclusively on the insurance company’s ACA marketplace since the law’s origins in 2009, and he finds the ARPA exciting.

“For the average consumer, the way that a consumer is experiencing the Affordable Care Act, I would feel very confident saying that the American Rescue Plan Act is the biggest step toward fulfilling that promise since the original passage of the law,” Tuthill said.

Both Highmark and UPMC, the largest providers of health insurance in Western Pennsylvania, say that customers can expect more affordable options for health insurance during the current round of open enrollment. And it appears that, so far, many people are opting for plans with better benefits now that prices are more affordable.

Because of the ACA, shopping for private insurance plans occurs on a government-regulated and subsidized online marketplace. Enrollment for 2022 health insurance plans in the ACA marketplace began Nov. 1 and runs through Jan. 15. To get a plan that begins by Jan. 1, the deadline is Dec. 15.

What subsidies are available?

The ARPA, a $1.9 trillion pandemic-response bill signed into law by President Joe Biden in March, adds a series of subsidies for individuals who buy their own private insurance, as opposed to an employer-based plan, Medicaid or Medicare.

One substantial change: Individuals with incomes up to 150% of the federal poverty line [FPL] can take advantage of tax credits to enroll in a Silver plan for free. For example, individuals who make $19,320 or a family of four that makes $39,750 are at 150% of the FPL. A Silver plan pays for about 70% of healthcare costs, as opposed to 60% for Bronze plans, 80% for Gold and 90% for Platinum. However, individuals with incomes up to 150% of FPL who enroll in a newly subsidized Silver plan will benefit from new cost-sharing subsidies that improve the Silver plan so that it covers 94% of healthcare costs, making it more comparable to a Platinum plan.

And, unlike before, even for individuals who make more than 400% of the FPL, there may be tax credit subsidies available. For example, single people who make $51,520 and families of four with a total income of $106,000 are at 400% of the FPL.

These tax credits can be used month to month to lower healthcare premiums. Any amount of your tax credit that you don’t use, you’ll get back in your taxes at the end of the year. Experts recommend individuals update their income and household information on their plan online every year, which can be done here. If a plan automatically renews without updated information, an individual may have to pay back money they’re no longer eligible at the end of the year on their federal taxes.

How does all of this work?

Pennsylvania created its own online marketplace, called Pennie, in 2019. States can opt to create their own marketplace if they decide it can be done more efficiently in-house. Representatives of both UPMC and Highmark said Pennie has helped control health insurance costs in Western Pennsylvania.

The subsidies will expire after 2022 unless Congress passes additional legislation. The much-debated and constantly changing Build Back Better Act, if passed in its current form, would extend the ARPA subsidies for another three years, into the end of 2025. Republicans in Congress typically oppose the ACA because they argue it is unconstitutional and increases government involvement in the healthcare industry. Whereas Democrats, the only ones to vote in favor of the ARPA, largely favor adding subsidies and regulations to bolster the law.

KFF Senior Fellow Karen Pollitz said it can take years for new healthcare benefits to be taken advantage of by many of the people for whom they’re designed. If someone is eligible for new subsidies on their current plan, they will automatically receive the reduced costs even if they don’t check the marketplace again, but it’s possible they’ll miss out on a better plan.

According to an October KFF poll, about 75% of people eligible for new subsidies, including individuals currently enrolled in marketplace plans as well as those without health insurance, did not yet check to see if their current eligibility for subsidies has changed.

“Just because you build it, they won’t necessarily mean they will come, or at least not right away,” Pollitz.

What do UPMC and Highmark offer?

For open enrollment this time around, ACA experts and insurance companies recommend exploring options in the marketplace even for those who did not qualify for subsidies in the past.

A new law has added subsidies to the ACA-regulated private healthcare marketplace, meaning many people will pay less on monthly healthcare premiums than years past.

Because of the increased subsidies, both UPMC and Highmark have said that people are upgrading to better plans rather than receiving similar plans for new, lower costs.

Tuthill explained that consumers essentially have two options regarding the level insurance plan to choose this time around:

Both UPMC and Highmark have also altered their offerings for open enrollment, ARPA aside. For example, UPMC offers a plan that will offer free virtual appointments, aimed at younger, healthier individuals who may otherwise choose not to buy health insurance. Highmark offers a gold-level plan aimed at individuals 60 and older who would like to retire before they’re eligible for Medicare, according to Tuthill. This plan offers hearing aid benefits as well as up to three hours a month of assistance with physical tasks like going to the grocery store.

If these subsidies are not renewed or made permanent, individuals would likely see their premiums shoot back up to levels similar to the status quo before the ARPA subsidies. Individuals enrolled in the newly subsidized, free Silver plans in particular could see a considerable rise in costs if the subsidies expire and they don’t go into the marketplace to change their plans, according to Coleman Drake, assistant professor for the University of Pittsburgh’s Department of Health Policy and Management.

“They’re going to have to actively log into their accounts and attach their credit card to their accounts so they can start making payments,” Drake said. “And I would be very worried that that would cause huge disenrollment. I hope we don’t have to be having that conversation this time next year, but it is a possibility until that bill is passed.”

Correction (12/7/21): A previous version of this article mischaracterized the portion of individuals who have not checked the marketplace to see if they’re eligible for new subsidies. The article has also been updated to include more information about the coverage provided by newly subsidized Silver plans for individuals with income up to 150% of FPL.

Matt Petras is an independent writer and educator based in the Pittsburgh area. He can be reached at [email protected] or on Twitter @mattApetras.

This story was fact-checked by Elizabeth Prall.

James Baldwin wrote, “Not everything that is faced can be changed, but nothing can be changed until it is faced.” PublicSource exists to help the Pittsburgh region face its realities and create opportunities for change. When we shine a light on inequity in our region, like the “completely unacceptable” conditions in low-income housing in McKeesport, things change. When we ask questions about policymakers’ decisions, like how Allegheny County is handling COVID-19 safety for its employees, things change. When we push for transparency on issues that affect the public, like in the use of facial recognition software by Pittsburgh police, things change.

It takes a lot of time, skill and resources to produce journalism like this. Our stories are always made available for free so that they can benefit the most people, regardless of ability to pay. But as an independent, nonprofit newsroom, we count on donations from our readers to support this crucial work. Can you make a contribution of any amount (or better yet, set up a recurring monthly gift) to help ensure we can continue to report on what matters and tell stories for a better Pittsburgh?

The Affordable Care Act marketplace looks different this year. Here’s how you could benefit.