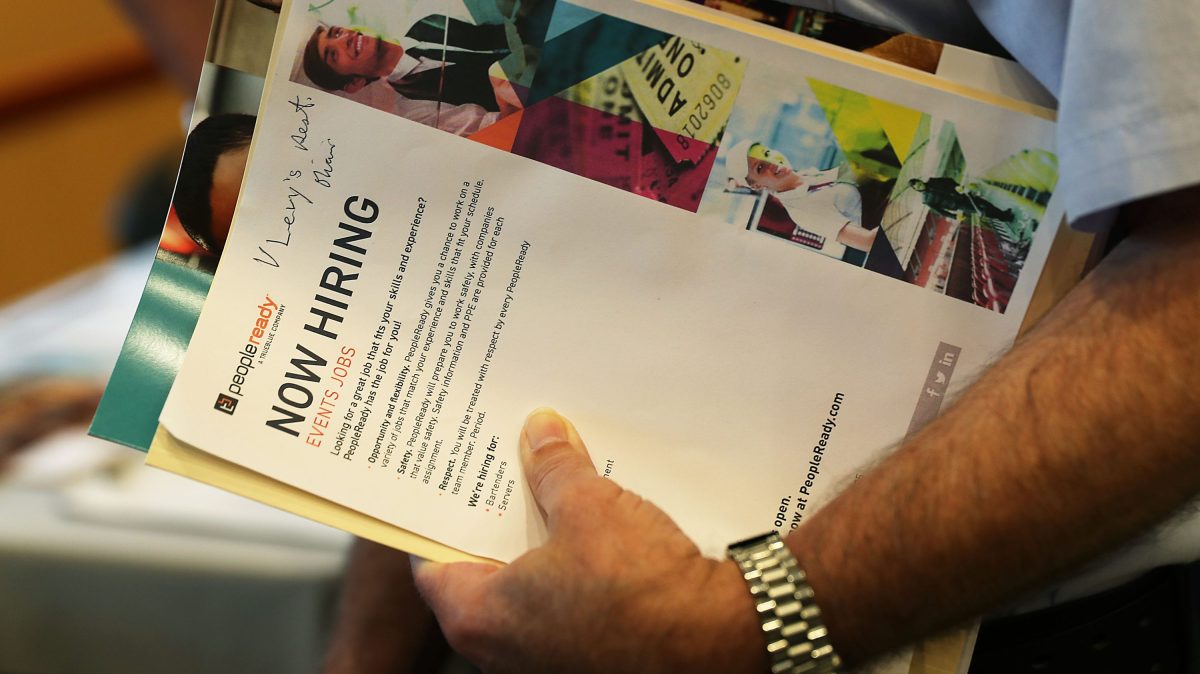 Private companies created 247,000 new jobs in April, payroll company ADP reported Wednesday. That’s about half the number of new jobs created in March and below economists’ projections for April. ​

Bigger businesses, with 500 or more employees, created most of the new jobs. Businesses with fewer than 50 employees gave up 120,000 jobs. ​​But what’s behind the discrepancy?

Sales have been pretty good this year at Rothman’s, a men’s clothing store in New York. Co-owner Ken Giddon said a lot of people are buying clothes for the first time in years. But it hasn’t been easy.

“Now we are working all the time because we can’t find enough people to staff our stores,” Giddon said.

He said the store has raised pay to retain its roughly 40 employees and lure in new ones. And to find new employees, he is reaching out to friends and advertising his openings on job websites. Giddon said it’s been frustrating.

“We’re getting some resumes, and then we’re seeing this new phenomenon where people are ghosting us after making interviews,” he said.

Small businesses are at a particular disadvantage when they’re competing for workers against big businesses with more resources to attract and retain employees.

“It might be just directly, in terms of wages and salaries, it might be through improved benefits, or better work, or more career development,” MacDonald said.

And with the job market as tight as it is, MacDonald said big businesses basically only have two pools of potential workers they can draw from.

“It’s going to be either smaller businesses that don’t have the wherewithal to offer greater pay and greater benefits, or by pulling people into the labor force who presently aren’t working,” he said.

“That has an impact on the vibrancy of the economy, the competitiveness of the economy and also the willingness of other people to start businesses, on entrepreneurship in general,” she said.

In 2019, businesses with fewer than 50 employees employed a quarter of the overall workforce.

Small businesses are having a hard time attracting and keeping workers