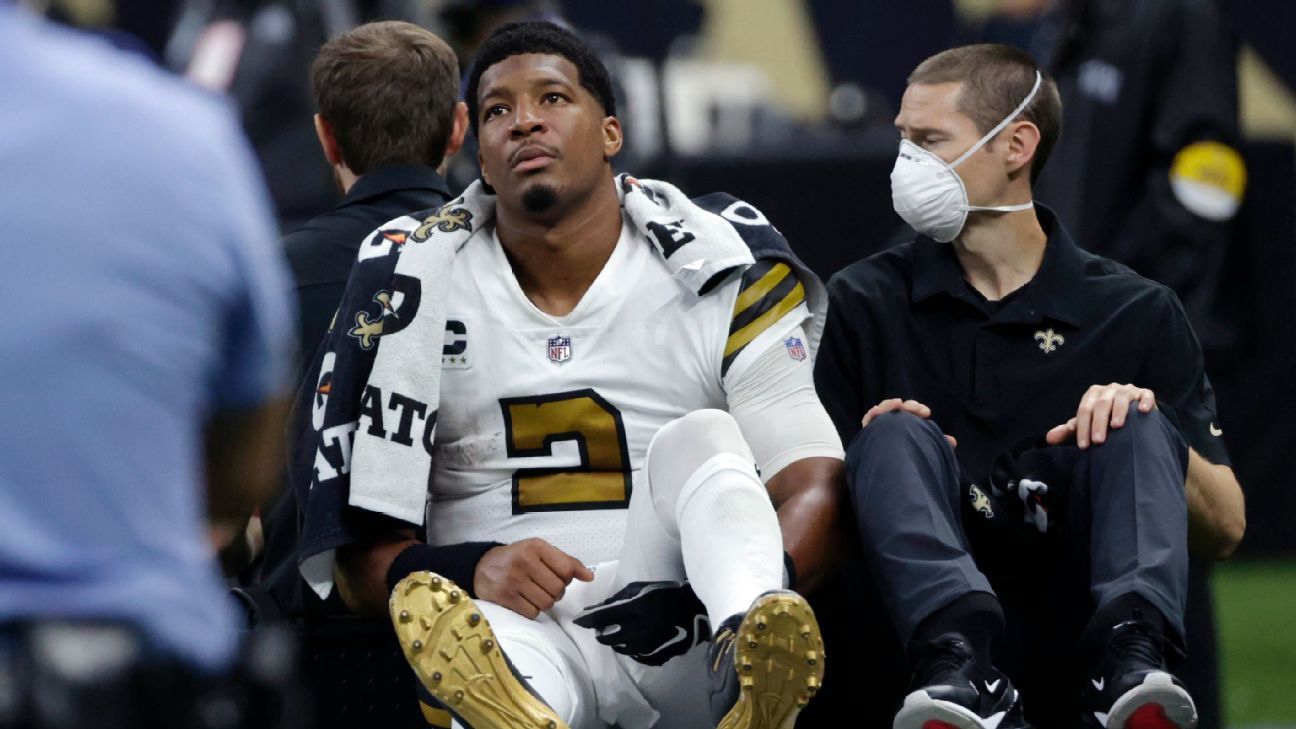 METAIRIE, La. – Last year, the New Orleans Saints faced one of the most daunting offseasons in franchise history – needing to replace quarterback Drew Brees and shave $111 million in salary-cap space.

Their response? They remained all-in to try and win another Super Bowl, re-signing most of their vital players and even trying to trade up nearly 20 spots in the draft for a cornerback.

So we should expect no different as the Saints head into another challenging offseason, when they once again need to identify their next QB while clearing around $70 million in cap space.

Eventually, New Orleans might have to entertain the idea of rebuilding, considering that current pillars like defensive end Cameron Jordan, linebacker Demario Davis, safety Malcolm Jenkins and free-agent left tackle Terron Armstead are in their 30s.

But from what we know about general manager Mickey Loomis, coach Sean Payton and executives like Khai Harley and Jeff Ireland, they won’t do that at the expense of staying aggressive and competitive.

Could that include a trade for a big-name quarterback? Or bringing back quarterbacks Jameis Winston or Teddy Bridgewater? Keeping receiver Michael Thomas? Re-signing free agents Armstead and Marcus Williams? Adding a desperately needed pass-catcher? All of those ideas could be on the table.

Here’s a look at their most difficult decisions:

How will Saints get under the cap?

We have to start here, in case people who haven’t followed the Saints’ cap management are wondering how they could even entertain the idea of trading for someone like Russell Wilson, Aaron Rodgers or Jimmy Garoppolo.

The Saints are projected to be about $70 million over the NFL’s expected salary cap of $208.2 million per team, based on ESPN Stats and Information research (depending on carryover amounts from 2021).

However, the Saints can “easily” create more than $100 million in space without cutting a single player by converting base salaries and roster bonuses into signing bonuses and spreading cap charges into future years.

For example, right tackle Ryan Ramczyk is scheduled to receive $19 million in combined salary and roster bonus in 2022, all of which will count against the 2022 cap. If the Saints convert that to a $1 million salary and $18 million signing bonus, they can divide the $18 million over the final five years of his contract ($3.6 million per year). That would save them $14.4 million in 2022 cap space. For players who don’t have long-term contracts, the Saints can add years to the end of their deals that will automatically void.

Of course there is a downside to this practice, which New Orleans has used frequently over the past decade – it adds hefty cap charges into future years. And the Saints were burned badly for it when the NFL’s salary cap unexpectedly plummeted in 2021 because of lost revenues from the COVID-19 pandemic.

But the Saints typically have no problem pushing cap costs into future years when they expect the NFL’s cap to keep rising.

The Saints could save even more cap space if they decide to release or trade players. Thomas is one potential trade candidate (more on him later). They’ll also have a decision to make with cornerback Bradley Roby, who is due $10 million. But the Saints don’t have many obvious candidates to be released.

Who will play quarterback?

Even if money was no object, it’s still immensely difficult to acquire a franchise quarterback.

The Saints could definitely have the desire to pursue a top option like Wilson or Rodgers via trade. And both are actually scheduled to make less than $30 million in salary and bonuses in 2022.

But the Saints’ biggest challenge would be making the best trade offer since they don’t pick until 18th in the draft. If the Seattle Seahawks and Green Bay Packers actually decide to trade their elite QBs, they could potentially get better offers from teams inside the top 10.

San Francisco 49ers QB Garoppolo is another potential trade candidate. So is the Houston Texans’ Deshaun Watson, though his situation is obviously complicated by off-field circumstances centered around 22 active lawsuits accusing him of sexual assault and inappropriate behavior during massage sessions.

It seems even more likely that the Saints will consider re-signing Winston, who was off to a promising 5-2 start in his first year as their starter before tearing his ACL in Week 8. Winston, who turned 28 last week, still offers the best combination of affordability and potential upside.

Or the Saints could consider bringing back another familiar free agent in Bridgewater, who went 5-0 as their replacement starter in 2019.

Drafting a quarterback would be ideal. But again, picking 18th hurts them, especially in a year when draft analysts aren’t high on the position, at least for now.

What becomes of Michael Thomas?

Thomas could be a potential trade candidate, considering the Saints’ cap situation and the dissension between team and player over the past two years. But he could very likely stay – especially since New Orleans was so desperate for reliable pass-catchers while Thomas was out for the entire season with an ankle injury.

It seemed as though tensions had diffused between Thomas and the Saints by the preseason after both sides publicly displayed their frustration over how his ankle injury was handled. And Thomas was with the team, expecting to play in the second half of the season, before he suffered a setback in his recovery.

Thomas’ trade value is unclear, since he is coming off two injury-plagued seasons after being named the NFL’s Offensive Player of the Year in 2019. But his contract is relatively affordable.

Armstead’s lengthy injury history is a complicating factor (he missed nine games in 2021 and will likely require knee surgery this offseason after being relatively healthy in 2019 and 2020). But that could also make him more affordable, since he surely would have commanded something in the range of $20 million per year if healthy.

Williams, meanwhile, has established himself as one of the league’s top free safeties. And his value has only increased since the Saints used the franchise tag on him last year and were unable to reach a long-term extension. But keeping him should be a top priority since he is only 25. 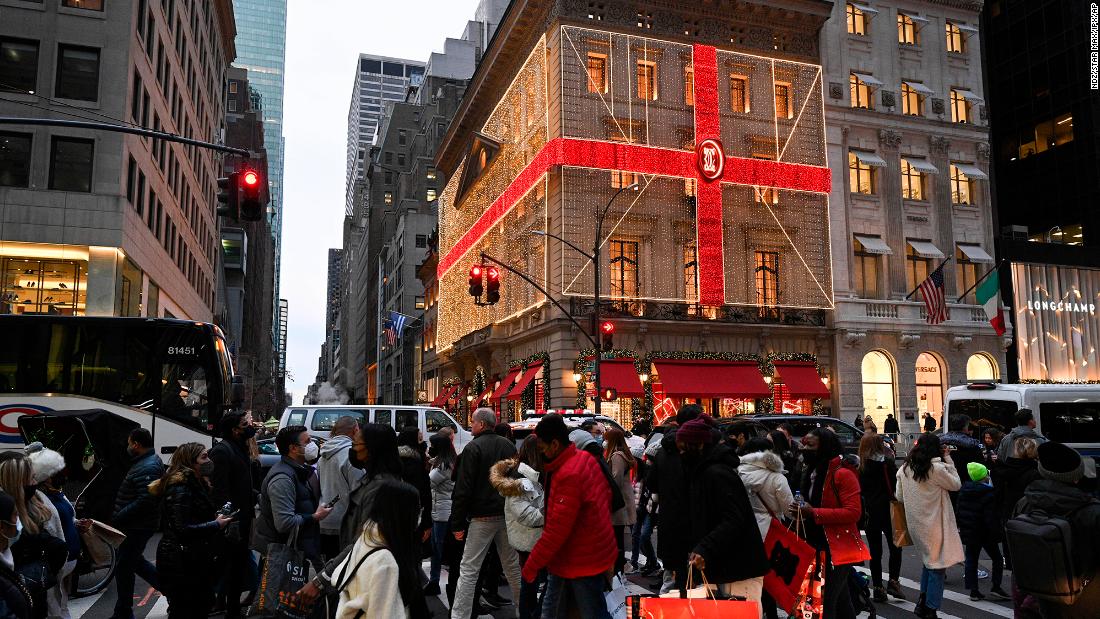