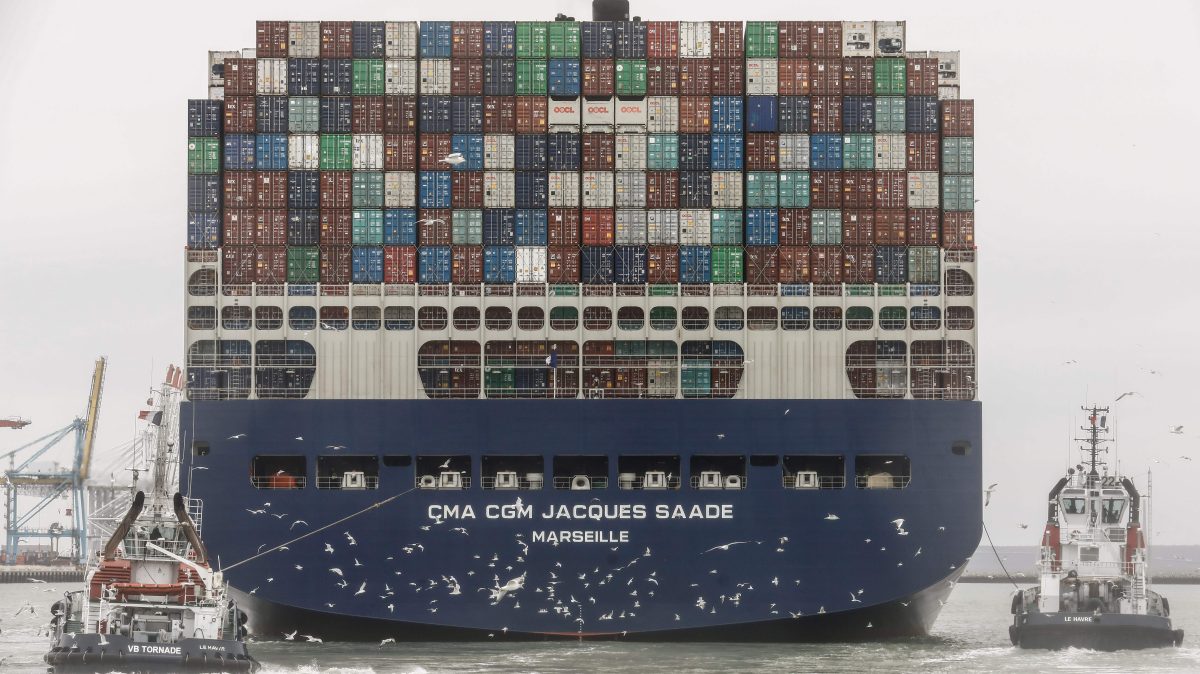 The latest wave of pandemic lockdowns in China is adding another wrinkle to already tangled global supply chains. Though the Chinese government is attempting to keep key ports and factories operating, the prospect of deepening pandemic disruption has stoked supply chain anxiety around the world.

As part of a series about how stuff moves — or doesn’t move — around the world, “Marketplace” spoke with India Hynes, then the CEO of a wine storage and small appliance company called Vinotemp. Recently, a larger food service and kitchen equipment maker called the Legacy Cos. acquired Vinotemp, transferring Hynes’ supply chain worries to someone else.

“It’s a huge relief for me,” Hynes said. “After the acquisition, I emailed them and I said, ‘Thank you so much. I haven’t slept like this since I was a teenager.’”

“It’s the kind of stuff that keeps you awake at night for sure,” said Teresa Asbury, senior vice president for the commercial division at the Legacy Cos., Vinotemp’s acquirer. “Marketplace” host Kai Ryssdal spoke with Asbury about her company’s ongoing logistics challenges. The following is an edited transcript of their conversation.

Kai Ryssdal: So you heard it from India Hynes herself that logistics is terrible and she’s glad to be rid of it. Here’s my question: Is it now your headache?

Teresa Asbury: Yes. I think it’s the company’s headache, to be honest with you. I mean, it’s the kind of stuff that keeps you awake at night for sure.

Ryssdal: I don’t follow this as closely as you are, but it kind of seems sort of anecdotally a little bit — and maybe with some data — that the crunch is easing just a tad, or no?

Asbury: Yeah, I would say in the last, say, six weeks, maybe about four weeks, it has eased up slightly. And when I say “slightly,” I mean ever so slightly. We have seen some of the spot rates come down a little bit. But potentially, we’re thinking that’s because of the closures at Shanghai, and once Shanghai opens back up, those kind of rates will go climb back up to where they were. But I would say that anecdotally, over the last four weeks or so, it’s gotten a little bit better.

Ryssdal: Talk to me about spot rates then. What were you paying in normal times? And what are you paying now to get, I don’t know, a regular container from there to here?

Asbury: Yeah, sure. It’s been craziness. Pre-COVID, we were landing a container on the East Coast and even into the middle of the country for about $3,600, and that was all in. During the height of this, we were paying upwards of $22,000 to $23,000 to get that same equipment. That shows you how ridiculous the rates climbed. And unfortunately, in order to guarantee product, we and everyone else had to pay those kinds of rates.

Ryssdal: Do you — look, this is a loaded term and I use it intentionally — do you feel a little bit like you’re being jerked around a little bit?

Asbury: Yeah. I kind of call it “highway robbery.” Call it what you like. You know, we could probably call it a lot of things. But yes, absolutely. It’s the law of supply and demand, right? Us, just like, you know, many other companies out there, we need our goods. The steamship lines, the freight forwarders, everybody knows that. It certainly feels like we’re being “jerked around,” in your terms.

Ryssdal: So I was, I was off last week. So I wasn’t on the news, but you know, I read every now and then what was going on. And I thought I saw a piece go by that said the White House basically was telling people, yeah, you know what? This supply chain crunch is going to outlast the pandemic and is going to be with us for a while. Do you buy that?

Asbury: I do. Unfortunately, I do. You know, I’ve heard other individuals say they think it’s like a two- to six-month thing. We are definitely not planning on that, unfortunately. We’re in the process of negotiating our contracts right now — typically, freight contracts come up every May. And we’re kind of at the very end of negotiations, and we’re actually looking at potentially paying a little bit more on our contracts so that we can, you know, more or less — although there are no guarantees — more or less guarantee space. But the point is, yes, unfortunately, we feel that it’s here for quite some time.

Ryssdal: I’m going to be presumptuous here and imagine that [Federal Reserve Chair] Jay Powell listens to this radio program and is hearing you say, “The supply crunch is gonna last for a long time,” and that’s got to be his worst nightmare, right? Because he can raise interest rates till the cows come home, figuratively speaking, but if we’re not getting goods in the economy, then there’s only so much he can do.

Ryssdal: That this is probably the problem of another senior executive at your company, but — or at least, I hope for your sake it is — what do you, what are your customers and clients telling you? Are they grinning and bearing it? Are they saying, “You know what? We’re gonna start going elsewhere because you guys are, it’s too expensive and it’s taken too long and I’m not satisfied”?

Asbury: A little of both. We have some very, you know, savvy customers that certainly do understand what’s happening. We also have another level of customer who may not quite as well understand the price increases that will indicate that they’re going elsewhere. But when they attempt to go elsewhere, many of the products that we’re importing for this type of product come in from China or Asia in particular, so they’re seeing these kinds of price increases across the board. I can’t say anybody’s happy about it. That’s for sure. 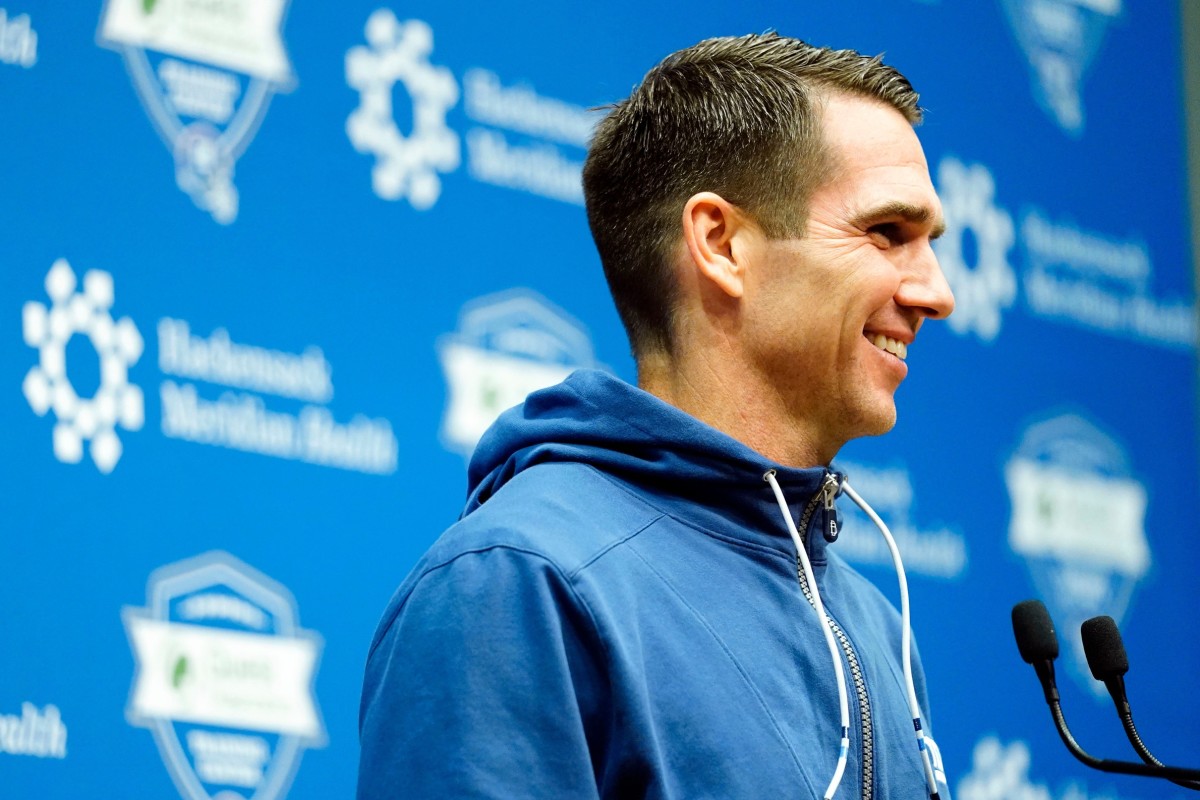 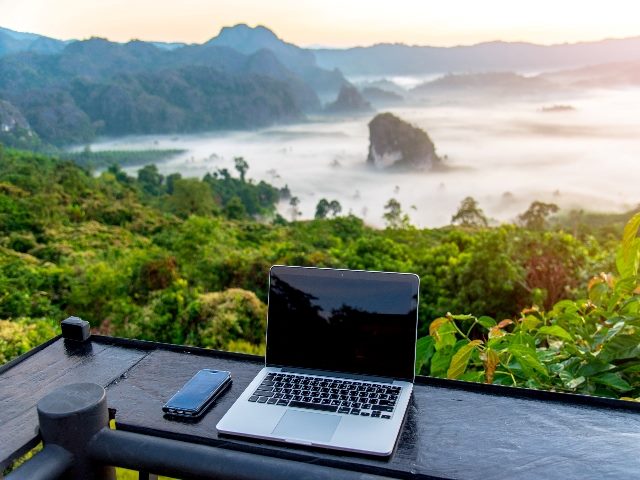 Next post Marketing Teams Are Designed to Be Remote-First