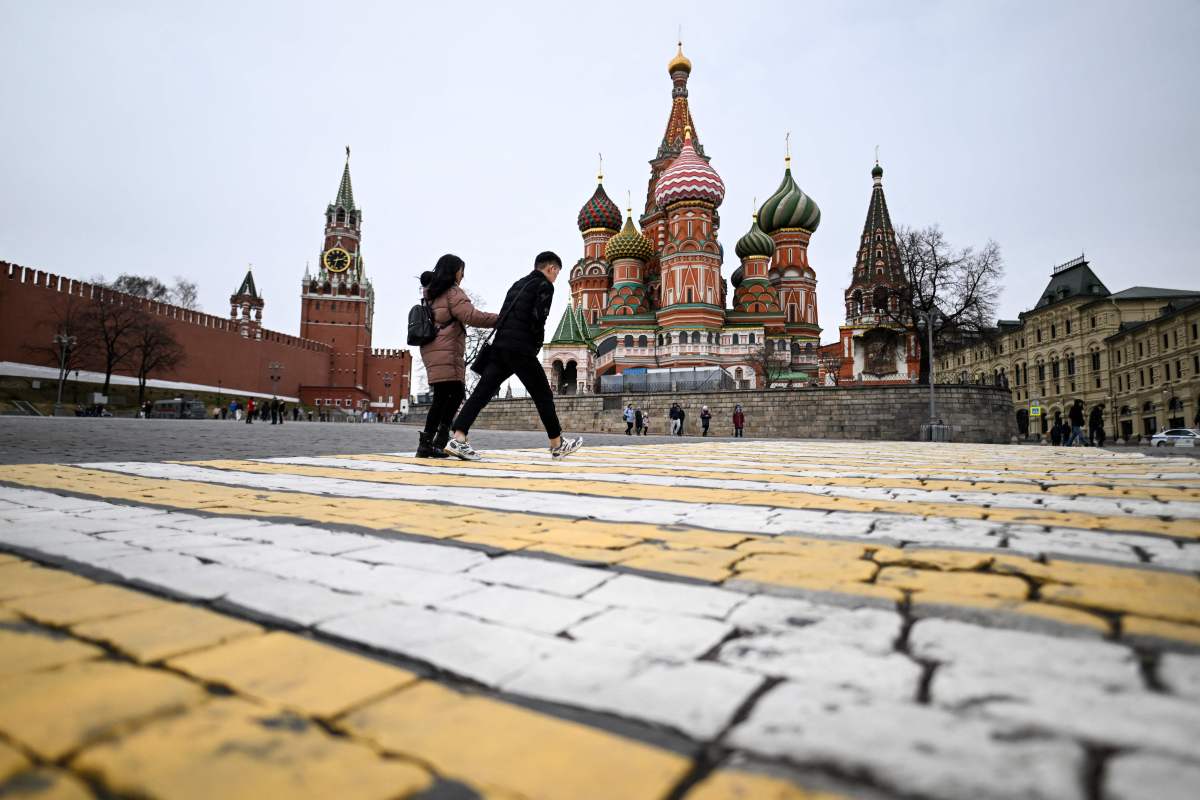 The Russian Association for Electronic Communications, a tech trade association, reported in March that as many as 70,000 tech workers had fled Russia since late February. The organization’s economists expect that number to more than double by summer.

They’re headed to places like Turkey, Poland and other parts of Europe, as well as Central European countries like Kazakhstan and Kyrgyzstan. Some are even coming to the United States.

But Russians who are fleeing may not be welcomed with open arms in other countries, even if they disagree with the war. Dina Temple-Raston is the host of the podcast “Click Here.” Below, Temple-Raston tells the stories of two tech workers who got out of Russia.

Twenty-two-year-old Nikita Shevchenko bought a ticket out of Russia on Feb. 24, the day the invasion of Ukraine began. Now, he finds himself in a small apartment in San Francisco’s trendy Mission District, which is where I met up with him.

I tell him, “Welcome to America,” and he laughs, saying, “Land of dreams.”

If the tech trade association’s predictions are accurate, some 10% of Russia’s information technology workforce will have joined the exodus.

“As soon as the war happened, just all of my plans changed like completely within basically 30 minutes,” Shevchenko said. And while he said he and his IT friends are glad to have escaped, they are finding the outside world downright hostile.

A potential investor for Shevchenko’s website building company told him to “go to hell” when he found out he was Russian. And that happened even though Shevchenko has helped his Ukrainian employees flee the fighting.

“So we [are] relocating them,” he said. “We paid for the tickets to different countries, like in Europe so that they will just leave and so that they can work and their families will be safe.” Now, he says his Russian employees are opting to leave, too.

Some tech workers are leaving high-profile positions, like Natalia Chebotar, who used to be chief strategy officer for the education division of Yandex, a kind of Russian-language Google. She helped introduce digital textbooks into Russian schools.

Chebotar said Russia’s big tech exodus started before the war, when President Vladimir Putin began to crack down on dissent. She decamped to Tbilisi, Georgia, and says it’s been hard because no one wants to help Russians right now.

“Most of [the] Russians who flee, they can’t even think about asking for help,” Chebotar said. “So, we have different kinds of groups [where] different Russian people help each other. But it’s not like every road is open for you. It’s not.”

It’s clear that the fighting isn’t going to end any time soon. Chebotar is making plans for her daughter to enroll in a school in Tbilisi in the fall.

And even as tech workers try to leave, multinational companies are winding down their own presence in Russia as well. TechRadar has a piece about IBM doing just that, starting with letting go of local staff. That follows moves from companies like Facebook, Twitter and Microsoft, who have either been banned or withdrawn on their own due to the war.

In a memo about the decision, the company said Russian IBM workers “through no fault of their own have endured months of stress and uncertainty,” and pledged to take “all reasonable steps” to support them through the transition.

Of course, not all Russian tech workers are leaving. ABC News has a story about pro-Kremlin content creators who have grown their audience by pushing out disinformation about the war. They’re stepping in to fill the content void left by the absence of global social media networks.

Russia’s tech workers leave the country, but the stain of the war follows