Editor’s Note: Morning Money is a free version of POLITICO Pro Financial Services morning newsletter, which is delivered to our subscribers each morning at 5:15 a.m. The POLITICO Pro platform combines the news you need with tools you can use to take action on the day’s biggest stories. Act on the news with POLITICO Pro.

President Vladimir Putin’s decision to send Russian forces into separatist regions of Ukraine will set off shockwaves across the global economy and markets, adding more uncertainty to the outlook as central banks grappling with rising inflation now brace for a potential slowdown.

The West has promised that military action will trigger a tsunami of sanctions likely to pound the Russian economy and wealthy Putin allies, moves that will have ripple effects on other countries as well.

“The U.S. and global economy should prepare for a modest energy shock,” said RSM Chief Economist Joe Brusuelas. “Growth is going to slow and inflation is going to increase.”

The White House on Monday announced it was sanctioning Russia for recognizing the two breakaway territories, the so-called Donetsk and Luhansk People’s Republics, in eastern Ukraine as independent. The executive order essentially extended sanctions issued in 2014 when Russia invaded Crimea, and prohibits new U.S. investment in the regions, imports and exports from the areas, and certain financial and property transactions.

The question now: Will Putin’s decision to send forces into the territories prompt the U.S. and its NATO allies to issue the full-fledged package of sanctions they have been planning, including stringent export and re-export controls?

Sanctions experts say those would strike a much bigger blow than measures imposed the last time Putin invaded Ukraine.

How could they be felt by the rest of the world? “The impact will be asymmetrical — and that’s going to be a big word going forward here — depending on which economy you are in,” Brusuelas said.

A jump in oil and natural gas prices will weigh on developed economies, while sanctions on Russian exports of commodities and metals, such as palladium, platinum, nickel and wheat, will hit emerging markets hardest.

Brusuelas estimates the shock would shave 1 percentage point off GDP growth this year and add as much as 2.8 percentage points to inflation, pushing year-over-year price increases above 10 percent.

Fed in a jam — That could make things especially tricky for the Federal Reserve, which has been pulling back support for the U.S. economy and is preparing to raise short-term interest rates next month amid widening price pressures.

Sanctions that restrict Russian energy exports could push some prices even higher, bolstering the case for more aggressive rate increases to rein in inflation. But higher prices at the pump would also weigh on consumer demand, and the ongoing geopolitical tensions are likely to fuel further volatility in financial markets — reasons that could give Fed officials pause as they consider how much to raise rates next month.

Investors have already dialed back their expectations for near-term Fed tightening, after officials in recent days signaled they weren’t sold on the idea of a bigger-than-usual rate increase in March.

The Fed isn’t the only one in a jam: Central banks around the world, including the Bank of England, European Central Bank and Bank of Canada, have begun taking steps to wind down the massive support they provided to their economies during the Covid-19 pandemic.

“Basically, now they’re positioned to hike into a slowing economy with higher inflation and significant uncertainty around the supply of and pricing of energy,” Brusuelas said. “So yeah, this is a major problem.”

Not too SWIFT — One move that is unlikely to be included in an initial sanctions package is a ban on Russia’s use of the SWIFT financial network, deputy national security adviser Daleep Singh said Friday, emphasizing that the U.S. has other severe measures that don’t have the same spillover effects.

Cowen policy analyst Jaret Seibgerg said Monday that banning Russia from SWIFT — the secure messaging system that tells banks where transfers should go — could encourage broader adoption of Russia’s alternative to SWIFT, “which could harm the role of the U.S. dollar in the global economy.”

“It could also affect average Russians, which does not seem to be the focus on Biden’s sanctions,” Seiberg said in a note to clients.

How will the White House respond?

The Biden administration last year tapped the nation’s strategic petroleum reserve in a bid to hold down gas prices, but that’s a lever that has already been pulled and it’s not clear it would make much of a difference this time around.

Officials are hopeful that optimism around a return to the Iran nuclear deal, as well as an uptick in U.S. production as more wells come back online, could blunt some of the impact from a Russia-related energy shock.

To the extent energy prices do rise, the White House would find an easy inflation villain in Vladimir Putin. It could also bolster their case for enacting some pieces of the administration’s economic agenda, such as energy investments and an expanded child tax credit that could help families facing higher costs.

IT’S TUESDAY — How do you see sanctions and geopolitical uncertainty affecting the economy and Fed decision-making over the coming months? Let us know: [email protected], [email protected], or find us on Twitter @katedavidson or @aubreeeweaver.

POWELL TO TESTIFY BEFORE FED’S MARCH MEETING — Fed (acting) Chair Jay Powell is headed to Capitol Hill next week for his semiannual monetary policy testimony. Powell will testify before the House Financial Services Committee on March 2, and at the Senate Banking Committee March 3, giving him a prime opportunity to shape investor expectations ahead of the Fed’s March meeting, just days before officials enter their customary pre-meeting blackout period. (Powell will have seen this Friday’s PCE inflation report, but will testify before the next jobs report and consumer inflation data.)

FED ADOPTS TRADING RESTRICTIONS — Our Sam Sutton: “The rules approved this week will prohibit board members, regional Fed bank presidents, staff and their immediate family members from investing in anything beyond diversified mutual funds and exchange-traded products.

“That means Fed officials will no longer be able to invest in individual bonds, agency securities or derivative contracts. Foreign currencies and crypto investments are also prohibited, as are short sales of securities — essentially bets on stocks to decline in value — or purchasing securities on margin.”

FED OFFICIAL LEAVES DOOR OPEN TO LARGER RATE INCREASE IN MARCH — WSJ’s Nick Timiraos: “Federal Reserve governor Michelle Bowman said Monday she had an open mind over whether the central bank should kick off interest-rate increases next month with a larger half-percentage-point rate rise. Ms. Bowman’s comments follow remarks at the end of last week by two of the most senior Fed officials that pushed back against the prospect of a larger rate rise at their next meeting, March 15-16.”

FTX GONE GIVE IT TO YA — Crypto billionaire Sam Bankman-Fried quietly dropped $2 million into the coffers of GMI PAC, a new Super PAC that says it will spend $20 million backing crypto-friendly candidates in the 2022 midterms, according to an FEC filing, Sam Sutton writes. The latest high-dollar contribution comes as FTX, the digital asset exchange Bankman-Fried founded in 2017, engages in a full-court press on Capitol Hill to shape crypto policy. FTX US, the exchange’s domestic subsidiary, has also contributed slightly more than $225,000 to GMI.

ADAM ADDS RIBS — Speaking of Bankman-Fried, the Association for Digital Asset Markets announced that FTX, digital asset investment firm Multicoin Capital and cryptocurrency trading platform Robinhood Crypto now have seats on its board of directors. The association, which bills itself as a self-governing institution that sets standards for digital market participants, is led by former SEC senior counsel Michelle Bond.

“In a policy statement, released on Friday, the consumer agency formally put the student loan industry on notice that it plans to closely scrutinize its handling of the temporary changes the Biden administration made to the Public Service Loan Forgiveness program.”

FISCAL STIMULUS IS TURNING INTO A FISCAL DRAG, IN A BIG HEADWIND FOR GROWTH — WSJ’s Amara Omeokwe: “The federal pandemic support that helped propel the economy to blistering growth last year and put upward pressure on inflation is rapidly waning. That will weigh on consumers this year, pulling growth down, though not by enough to knock the recovery off track, economists say.”

RENTS REACH ‘INSANE’ LEVELS ACROSS U.S. — AP’s R.J. Rico: “In the 50 largest U.S. metro areas, median rent rose an astounding 19.3 percent from December 2020 to December 2021, according to a Realtor.com analysis of properties with two or fewer bedrooms. And nowhere was the jump bigger than in the Miami metro area, where the median rent exploded to $2,850, 49.8 percent higher than the previous year. Other cities across Florida — Tampa, Orlando and Jacksonville — and the Sun Belt destinations of San Diego, Las Vegas, Austin, Texas, and Memphis, Tennessee, all saw spikes of more than 25 percent during that time period.”

Jeff Patchen has been promoted to director of government relations for the Electronic Transactions Association. Patchen was most recently senior manager for government affairs at ETA, and also worked previously at Safari Club International.

U.S. companies and financial institutions are starting to settle on a new interest-rate benchmark to replace the troubled London interbank offered rate, which underpins trillions of dollars of financial contracts. — WSJ’s Mark Maurer

A student-housing operator that tenants and investors say has badly mismanaged high-end properties across the country has added a Wall Street colossus to the list of legal opponents. — NYT’s Matthew Goldstein

Tech-dominated “growth” stocks are still not cheap despite some sharp falls over the last six months, analysts at U.S. investment bank JPMorgan cautioned on Monday. — Reuters 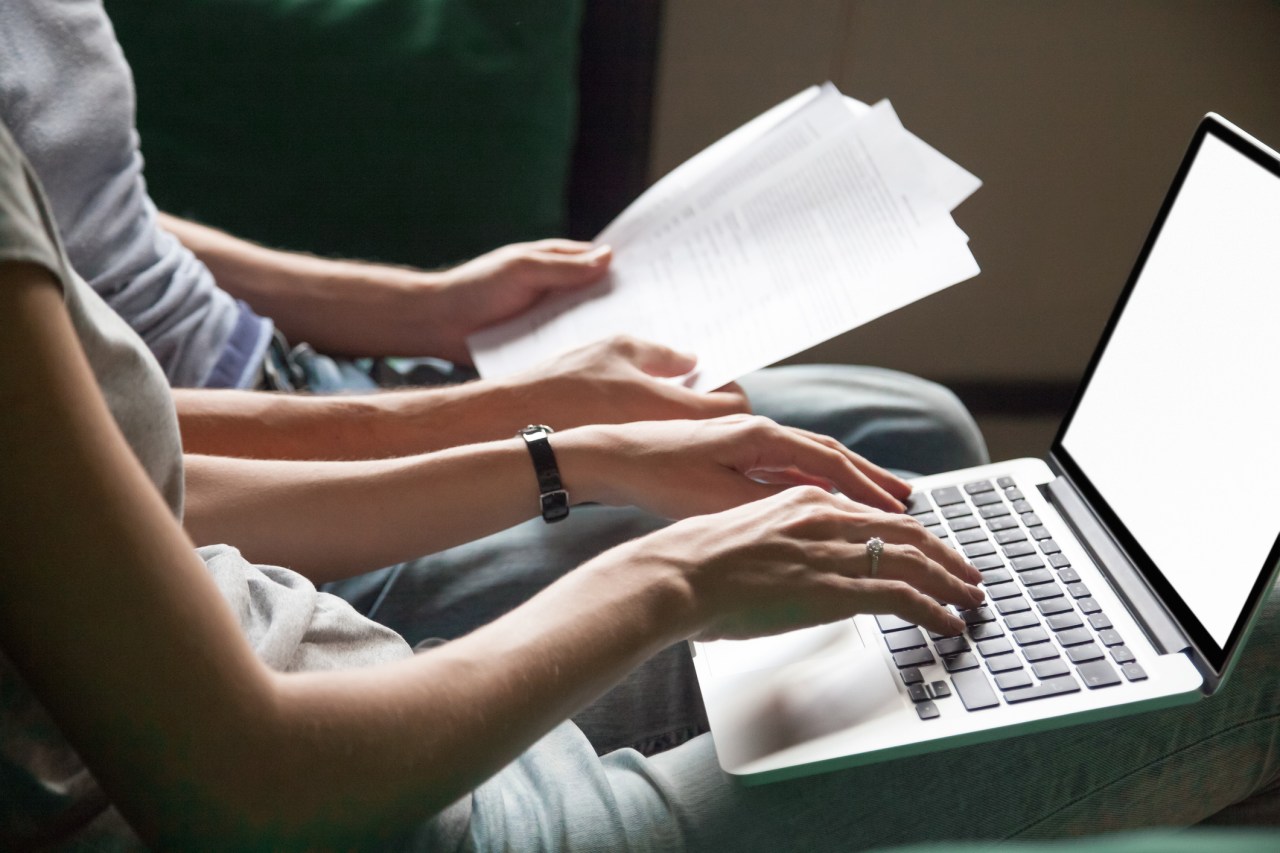 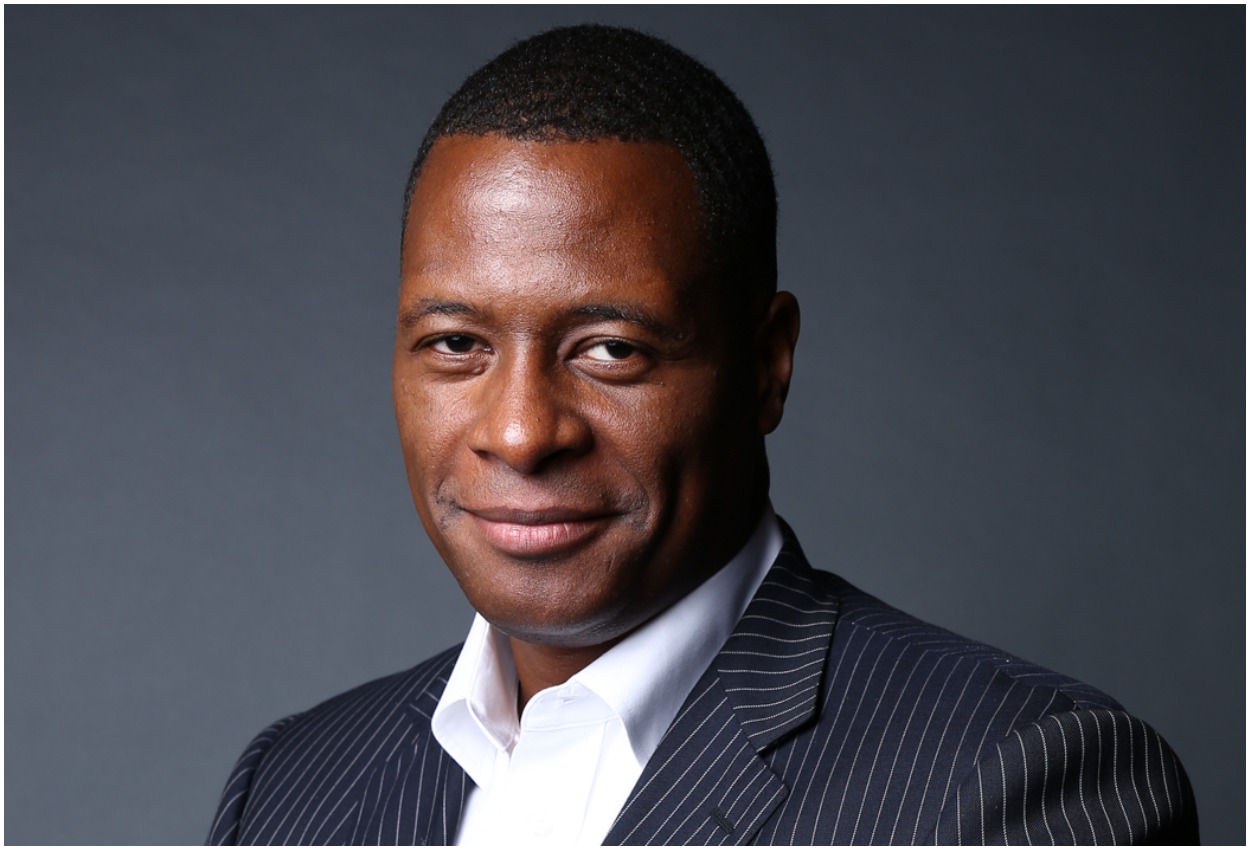