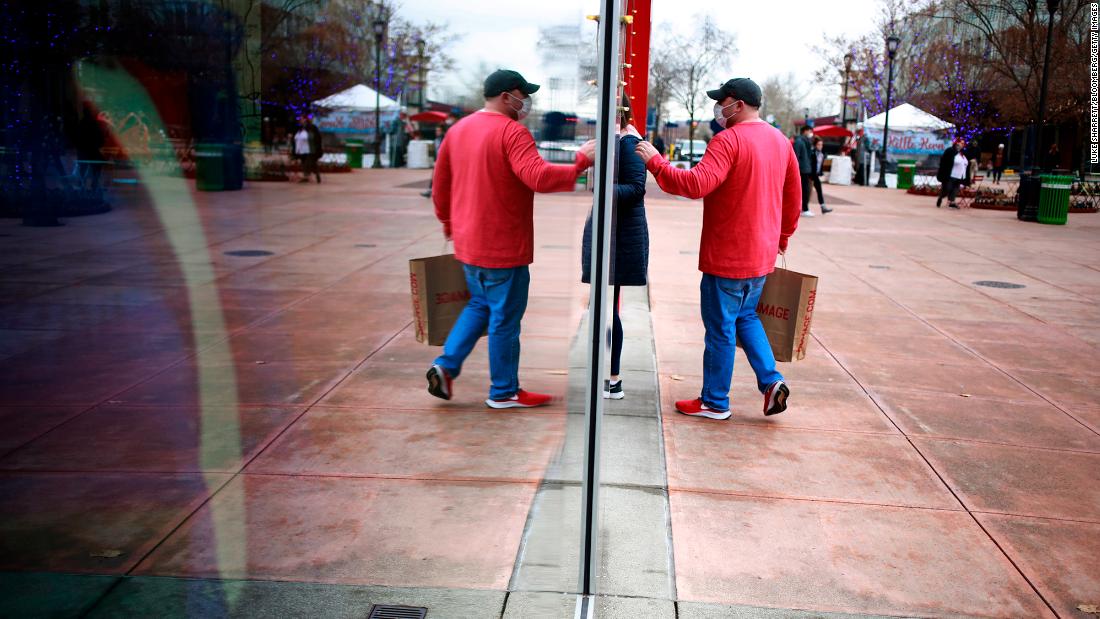 The hope is this rapid expansion continues in 2022, allowing the country to heal most of the economic wounds caused by the health crisis. The jobs market could return to full employment by the end of 2022. And red-hot inflation is expected to finally cool off, moving towards healthier levels.

And yet, the past two years have shown how unforeseen events can alter forecasts, sometimes dramatically.

For all its recent strength, the economy’s recovery faces multiple risks in 2022, starting with the force that continues to dominate daily life: Covid.

The hope is that Omicron is spreading so rapidly that it burns itself out, making its impact short-lived. But what if this latest wave sticks around long enough that it puts a dent in consumer demand — especially in Covid-sensitive sectors like travel and restaurants?

The bigger risk is that an even more menacing variant emerges, with more severe symptoms and the danger that it evades vaccines and booster shots.

Wall Street appears to be unfazed by both these risks, at least not lately. Record highs in the stock market suggest investors are betting neither Omicron nor another variant will prove problematic.

“I hope they’re right,” said David Kotok, chief investment officer at Cumberland Advisors. “This is a mutating disease. We’ve now had two years of experience. What makes anyone believe Omicron is the last one?”

Omicron arrived just as stressed-out supply chains — one of the biggest drivers of inflation — were beginning to show glimmers of hope.

The Delta variant earlier this year piled additional pressure on supply chains by getting workers sick, making them scared to go to work and introducing new health restrictions.

It’s too soon to say whether the same will happen now at the factories, ports and trucking companies that keep the economy humming.

“It is possible that Omicron disrupts supply chains even more and will be a drag on growth and investment,” said Vincent Reinhart, a former Federal Reserve official who is now chief economist at BNY Mellon.

The good news is the Omicron wave is hitting at a time when demand typically cools off, which should give supply chains a bit of extra breathing room to deal with the new variant.

Consumer prices rose in November at the fastest pace in 39 years, driving up the cost of living for families. Goldman Sachs expects inflation will heat up a bit further in the coming months, before cooling off considerably later in 2022.

One risk is that new Covid-related bottlenecks limit supply, lifting prices even higher. Another concern is that inflation continues to spread and gets further ingrained in the psychology of consumers and business owners, which in turn could cause a negative feedback loop that drives inflation higher.

High energy prices have been at the heart of the inflation spike, most notably prices at the pump. Another spike in oil prices, as some on Wall Street have been calling for, would darken the inflation picture.

After nearly two years of unprecedented support, the Federal Reserve is finally taking its foot off the gas pedal — and preparing to tap the brakes very soon.

In a bid to fight inflation, the Fed is planning to end its bond-buying stimulus program around March and has penciled in three interest rate hikes for next year.

Given the strength of the recovery, the economy should be able to absorb those rate hikes without negative repercussions. Borrowing costs will remain historically low.

“My sense is the economy is in a pretty good place right now. The Fed has a lot of bandwidth to work with,” said RSM’s Brusuelas.

Investors tend to agree, with markets signaling confidence that the Fed will deftly exit emergency mode without harmful side effects.

But there is a chance the Fed overdoes it by raising rates faster than the economy, or financial markets, can stomach. And that could severely slow down or even end the recovery.

No more help from Uncle Sam

After providing nearly $6 trillion in Covid relief during the first two years of the pandemic, federal support for the economy is projected to slow sharply in 2022.
That was always going to be the case, but the trend will be more pronounced given the apparent demise of the Build Back Better Act, including the enhanced child tax credit.

“We are going to run an experiment on how much of this robust expansion is due to fiscal support and how much from private activity,” said Reinhart. “We don’t know.”

Any list of risks to the economy must include wild card events that few expect but could still have a big impact.

The best example would be a massive cyberattack that sets off turmoil, either in the real economy or in financial markets, or both.

The hacking of the Colonial Pipeline earlier this year showed just how vulnerable critical infrastructure is to the cyber threat. A recent report from the JPMorgan International Council warned that cyber is the “most dangerous weapon in the world, politically, economically and militarily.”

Fed Chairman Jerome Powell openly worried earlier this month about the potential impact from a cyber intrusion that could take down down a big bank or a key cog in the financial system.

There are countless other wildcard risks beyond cyber, everything from a war and a natural disaster to a crash in the crypto market.

“You’ve got to be humble. Almost nobody had a pandemic on the radar screen in 2018 and maybe not 2019,” Reinhart said. “Is it possible in 12 months that all we will talk about is something we are not talking about now? Yes.”

Next post High school curriculum should include personal finance