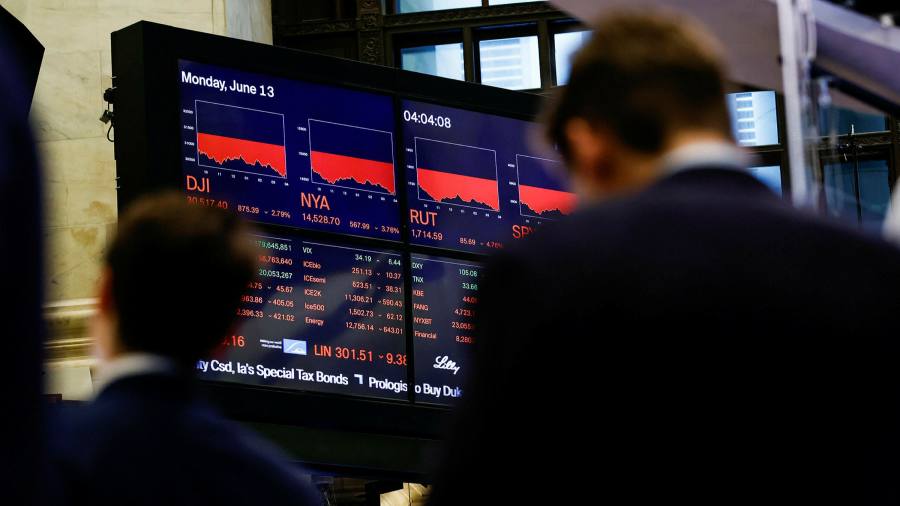 US government debt was under pressure on Tuesday as markets bet that the Federal Reserve would raise interest rates by 0.75 percentage points at the conclusion of its two-day policy-setting meeting on Wednesday — the biggest single-meeting increase since 1994.

The yield on the two-year Treasury note, which moves with interest rate expectations, rose as much as 0.08 percentage points to a 15-year high of 3.44 per cent, reflecting a fall in the debt instrument’s price. By mid-afternoon in New York, it was trading slightly lower at 3.41 per cent.

The benchmark 10-year Treasury yield, which moves with growth and inflation expectations, rose by as much as 0.11 percentage points to an 11-year high of 3.45 per cent.

The $23tn US Treasury market is the world’s largest financial market and the bedrock of investment and loan pricing decisions.

Until Friday, futures markets were betting that the Fed would raise interest rates by 0.5 percentage points in June and July — as indicated by chair Jay Powell at the US central bank’s most recent meeting — to combat inflation that has been running at 40-year highs.

But analysts began ratcheting up their rate rise forecasts after data last Friday showed the annual pace of US consumer price inflation for May had exceeded expectations to hit 8.6 per cent, as Russia’s invasion of Ukraine pushed up food and fuel costs.

After The Wall Street Journal on Monday published a piece suggesting the Fed would consider raising rates by more that 0.5 percentage points, futures markets and analysts began pricing in a 0.75 percentage point increase.

“I don’t think we’re actually at peak fear yet,” said Ross Mayfield, investment strategist at RW Baird. Short-term recoveries in risk assets “feel like classic bear market rallies”, he added. “I just don’t think the market is going to believe in peak inflation until we actually see it has peaked, and there’s probably another leg lower for markets.”

On Tuesday, money markets implied expectations for the benchmark US federal funds rate to exceed 3.7 per cent by the end of this year, up from its current level of between 0.75 per cent and 1 per cent.

In equities, the US’s S&P 500 share index was down 0.4 per cent by mid-afternoon in New York. The benchmark gauge had closed nearly 4 per cent lower on Monday, taking it down more than 20 per cent from its all-time peak in January — a scenario typically referred to as a bear market.

The technology-heavy Nasdaq Composite edged 0.3 per cent higher in choppy trading, remaining more than 30 per cent lower for the year, after tighter monetary policy drained liquidity from markets and hit speculative growth stocks.

“The concern is we move into 1970s style stagflation,” said Randeep Somel, portfolio manager at M&G, with the Fed likely to “send the message that this is their priority, that they can’t let it get out of control”.

Signals from the European Central Bank last week that paved the way for its first rate rise since 2011 have also pressured the debt markets of financially weaker eurozone nations.

Italy’s equivalent bond yield added 0.15 percentage points to 4.16 per cent, having now more than quadrupled since the start of the year.

Sterling fell to a 13-month low against the euro of €1.15, ahead of the Bank of England’s rate-setting meeting on Thursday and following data on Monday that showed the UK economy contracted in April.

Elsewhere in markets, cryptocurrency bitcoin dipped below $21,000 on Tuesday, later trading at about $22,500 — down more than 20 per cent from last Friday. 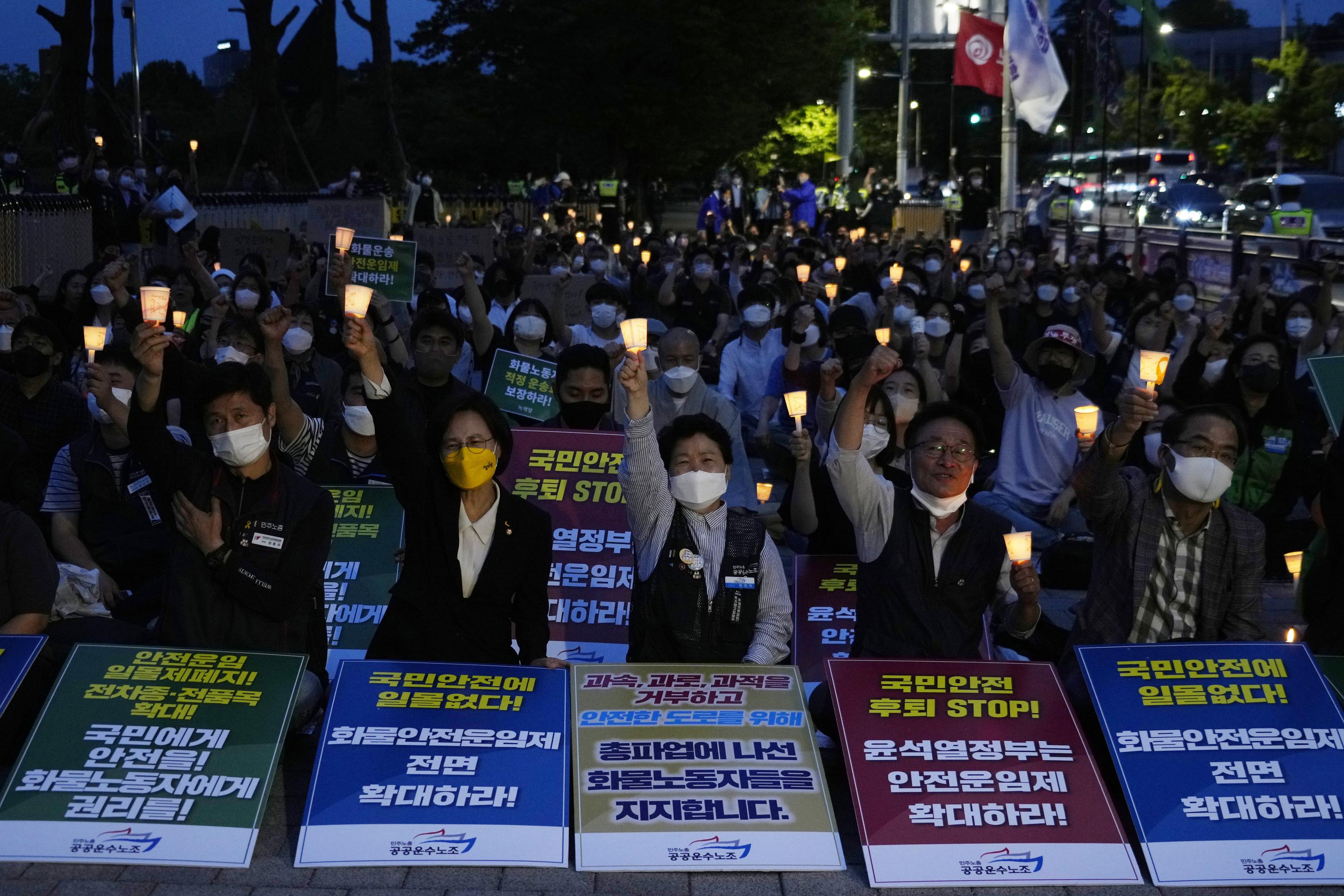 Disclosure: Our goal is to feature products and services that we think you'll find interesting and useful. If you purchase...