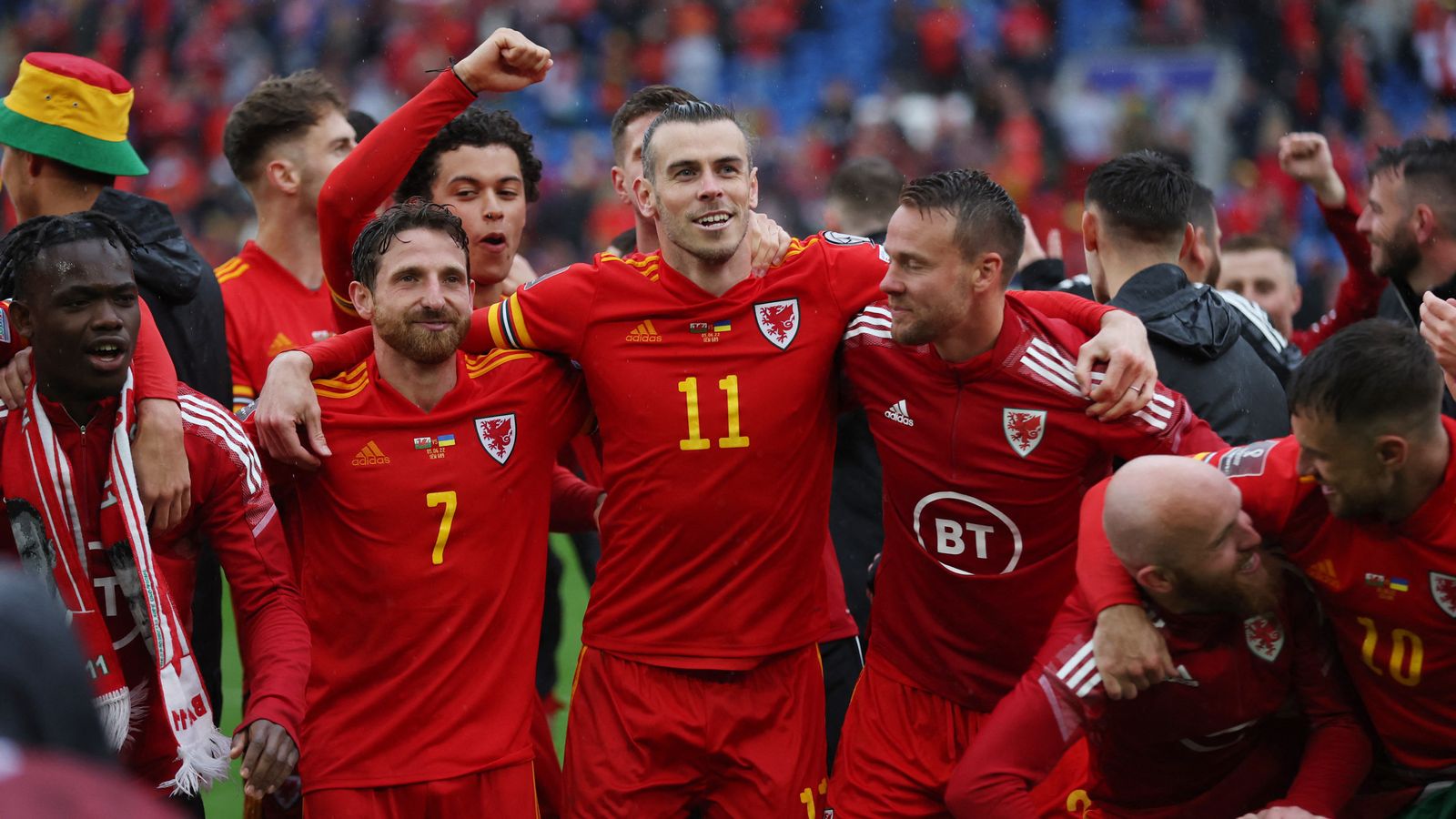 Wales have qualified for their first World Cup finals since 1958 after beating Ukraine 1-0 at the Cardiff City Stadium.

In a rain-soaked play-off final in the Welsh capital, Ukraine’s captain, Andriy Yarmolenko, headed into his own net in the 34th minute as he tried to block a free-kick from Gareth Bale.

Wales had goalkeeper Wayne Hennessey to thank for their clean sheet, as he made nine saves to deny the visitors.

The result means Robert Page’s men go into Group B for the tournament, beginning in Qatar in November, alongside England, the United States and Iran.

Bale said the result was “what dreams are made of”.

He told Sky Sports: “The result is the greatest result in the history of Welsh football. We’re ecstatic – we’re going to a World Cup.

“I’m speechless. We’re so happy. We did it for all our amazing fans and words can’t describe how I’m feeling at the moment.”

Bale, who has been suffering from a back spasm, said it was “tough to get through the game”.

Asked whether talk of his retirement is now being postponed, he replied: “For a little bit.”

He added: “To get to three major tournaments now, to top it off with a World Cup, that’s something else.”

Wales defender Ben Davies said there was a “lot of emotion in the game – it was frantic at times but we stood up to it”.

Page said it was “unbelievable” and he was “so proud” of his team.

It was an emotional occasion for Ukrainian fans as they watched their team far from home, where the war against Russia continues.

They wrapped themselves in their nation’s flag, looking for hope in dark times.

Coming into the match, they were able to take confidence from Wednesday’s 3-1 win over Scotland at Hampden Park.

Despite having some decent chances, however, they were unable to find the net.

Midfielder Oleksandr Zinchenko, who plays his club football with Manchester City, said Ukraine had “left everything on the pitch”.

He added: “The goalkeeper for Wales did amazing, he is definitely man of the match.

“In general I don’t think we deserved to lose, but that’s football, it happens.”

Alluding to the conflict, he commented: “As footballers we need to represent our country as best we can. Everyone needs to live in peace and we need to stop the war altogether.” 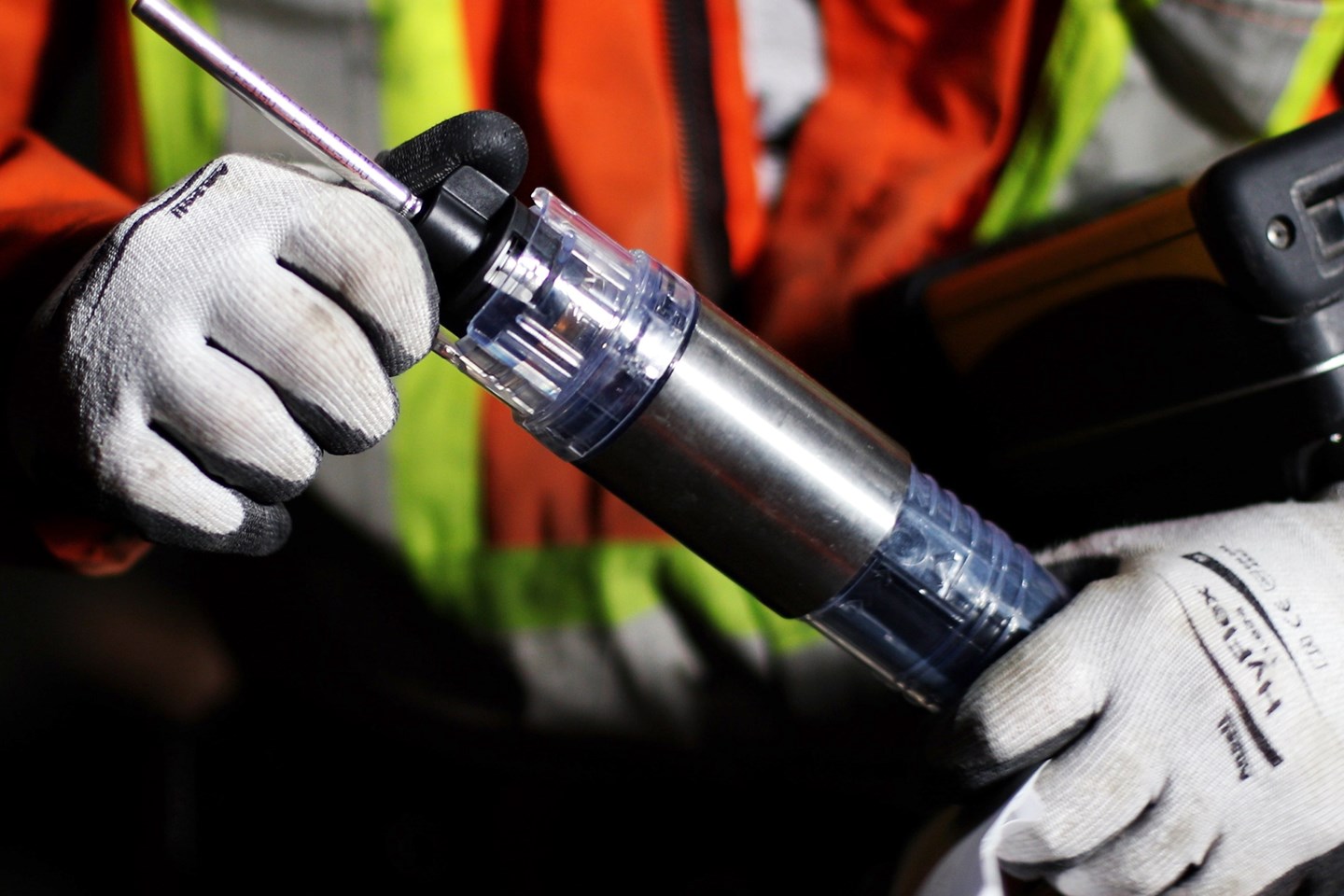 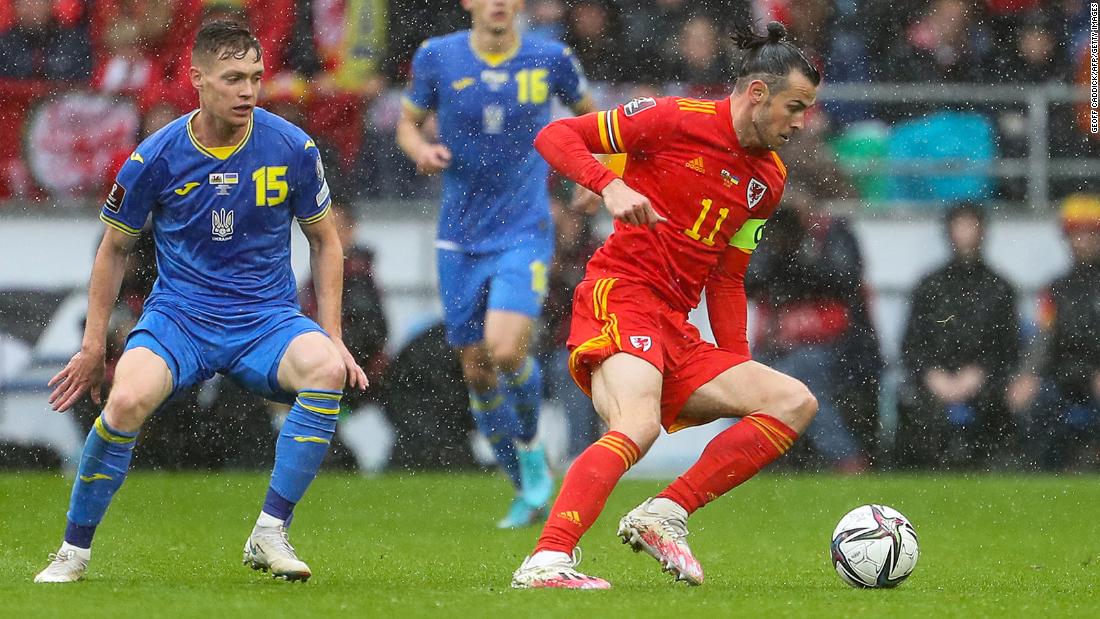