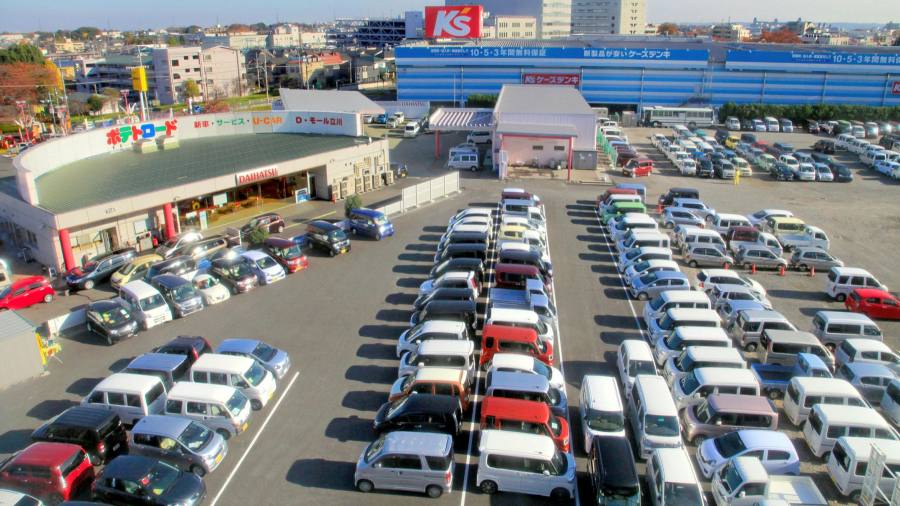 Between sessions, the cafeteria of the Mirive auction house emits a hum of dealer chatter. In the air, and in many languages, is talk of commodity chaos, shipping rates, semiconductor supply chains, Chinese industrial strategy, the soaring price of a professional car wash and, since the invasion of Ukraine, war.

The auction’s setting, in the depths of the Saitama countryside, is rural; the economics in play as thousands of vehicles change hands over a few hours, could not be more global.

In the minutely balanced — and historically lucrative — business of shipping second-hand Japanese cars to emerging markets, “every single factor has an impact”, explains one buyer with customers across sub-Saharan Africa.

Tiny shifts in the mood and pricing of the auctions like Mirive in the suburbs of Tokyo and Osaka trace economic trends in Lesotho, Jamaica and the UAE, along with dozens of other markets that have, over decades, grown used to a constant flow of high-quality, good condition Japanese cars. Japan’s used car exports, said Sanshiro Fukao, a senior research fellow at the Itochu Research Institute, should be seen as the thermometer of the world economy.

Since late February, the abrupt slowdown of shipments to Russia and, with that, the evaporation of the single biggest source of demand for used Japanese cars has caused everyone to rip up the old calculations.

The critical figure that looms over Japan’s second-hand car market is the monthly average price settled at the country’s largest manager of auctions, Used car System Solutions (USS). For the first time since comparable records began more than 20 years ago, the average price in February edged over the Y1m mark ($8,500) — a milestone that still seemed remote a year ago when the average was 20 per cent lower. But for how long will it hold?

Locked into the Y1mn figure, say dealers, is not only the post-Covid/pre-Ukraine strength of worldwide demand in February, but the closely entwined relationship between the new and second-hand markets in Japan. These markets matter intensely to Toyota, Nissan and the other Japanese carmakers. Historically, when the second-hand auction prices rise, dealerships are more able to entice Japanese customers with higher trade-in prices and consequently push more new cars off the forecourts.

In common with other developed markets, the pandemic-related shortages of semiconductors have simultaneously squeezed the supply of new Japanese cars, extending waiting times and causing more domestic buyers to turn to the second-hand market. This, combined with a phase of multiyear weakness in the yen which buoyed global demand for used Japanese cars, produced the surge towards the Y1mn average.

For many years, a central pillar of Japan’s used car export market has been Russia. But the main port of entry, Vladivostok, has been changing. As the pandemic hit multiple supply chains, priority was given to arrivals from China and South Korean container ships with cargoes deemed to be of greater importance to the overall Russian economy. At the same time, Chinese carmakers have been attempting to reserve ever greater dockside space to push their new vehicles into the Russian market.

Yet even with these headwinds, said Fukao, of the total 1.2mn used Japanese cars exported last year, 160,000 went to Russia. The UAE, whose total includes a large proportion subsequently shipped on to Africa, was second with 130,000. But, as many of the dealers at Mirive auction confirmed, the day after Russia invaded Ukraine, essentially all shipments to Russia appear to have been suspended as insurance premiums surged and several key cargo routes were abruptly changed.

Auction traders say the sudden absence of Russian demand should be dragging the average off its Y1mn peak in relatively quick order. Even a further drop in the yen and expectations of greater demand from New Zealand and south-east Asia are unlikely to fully offset the drop.

But that reckons without the Russia-related factors affecting prices in Japan’s new car market: rising electricity and commodity costs that acutely affect carmakers and parts-makers, or their sudden need to find alternative sources of materials such as aluminium that would normally come from Russia. The spectacle of rising prices of new cars, said dealers, could easily prolong the phase in which Japanese buyers were attracted to used models.

“It’s always Russia — its either in or out of the calculation. Or both,” said one Pakistani trader, betting that, on balance, the Y1mn average will hold.