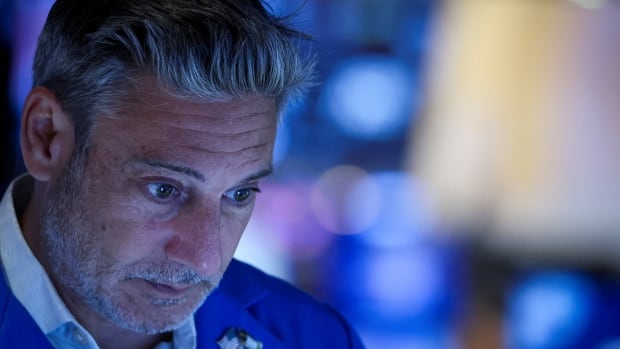 Seven months ago, there was a celebratory mood in the air for crypto traders as the two best-known cryptocurrencies, bitcoin and ethereum, shot to new highs.

Advocates said “told you so,” as financial journalists reported that the value of the global crypto market had soared to a stunning new record of about $3 trillion US.

A trillion — a million millions, or a one followed by 12 zeros — is one of those numbers so big it is hard to grasp in comparison to our daily lives. A trillion dollars would buy more than 1.3 million Canadian homes. If you kept it in cash, it would give you $1 million a day in spending money for 3,000 years.

But as crypto markets collapsed this week, the value of that pile of global cryptocurrencies has fallen from that $3 trillion to less than $1 trillion US. In other words, the value of 2.6 million Canadian houses just vanished.

The obvious question, especially for those who jumped into the market at the peak, possibly on the advice of movie star Matt Damon that fortune favours the brave, is: “Where did all that money go?”

“That value has just kind of disappeared,” said Sal Guatieri, a senior economist with the Bank of Montreal.

“We’re seeing it in stock markets and starting to see it in the housing market in Canada as well,” he said. “The value of bonds is [also] coming down pretty quickly.”

When that kind of money evaporates from the economy, said Guatieri, it has a serious slowing effect as people and businesses spend less.

As we talked, markets of all kinds — not just crypto — were tumbling. The Toronto Stock Exchange’s main index was down nearly three per cent, the S&P 500 was off nearly four per cent, and the NASDAQ nearly five per cent.

Bitcoin and its ilk may feel like a special case because many people refer to cryptocurrencies as money. But, of course, it isn’t.

As three economists I spoke to Monday were all careful to remind me, what’s disappearing is not really money, but value. For the most part, there are just as many stocks, houses and bitcoins out there in the world; they’re just worth less today.

“This is actually one of the issues I remember struggling with hardest when I first got interested in markets,” said Stephen Brown, senior Canada economist with Capital Economics.

People first getting into markets have likely heard the statement that for every buyer, there is a seller. And they may take that to mean that as markets fall, there are a whole lot of sellers sucking all this money out of the markets, getting rich in the process.

But as Brown and others said, that is simply not the case. It takes relatively few trades to set the new market price.

“When a stock tumbles and an investor loses money, the money doesn’t get redistributed to someone else,” the website Investopedia outlines.

As Brown explained, the reason is partly because of the way we talk about market prices. When we say bitcoin traded at $60,000 US last November, we imply all of the more than 19 million bitcoin in circulation were each worth $60,000.

Economists call that “price-setting at the margin” — sort of the leading edge of trading as prices rise or fall.

In fact, when people tried to sell on Monday, market platforms seized up.

“We value the entire market based on the marginal product that’s sold,” said Brown. “And that is why you can have these extreme moves in the total value of the underlying instrument, even though that doesn’t intuitively make any sense.”

Whether bitcoin, stocks or the price of our homes, we don’t have to buy and sell the ones we own ourselves to cause the notional value of those untraded assets to rise or fall.

“If one person is willing to pay a million dollars for a house, then suddenly we say all the houses are worth a million dollars,” said Brown, even though the next house or the one after likely won’t sell for the same price.

And if everyone tried to sell their house at the same time to get their money out, the price of all the houses would fall sharply, explained Mikal Skuterud, a professor of economics at Ontario’s University of Waterloo.

The difference between the housing market and stocks, crypto or bonds is that houses sell more slowly, one by one. And in a falling market, individuals can withdraw their house from the market if they think the price is too low.

But just as with other markets, the valuation of houses depends on so-called “motivated sellers” — the ones who actually do buy and sell, and are willing to accept a lower bid.

When markets go through sharp declines, they often rebound somewhat in following days. On Monday, traders were reacting to Friday’s U.S. inflation rate, noted Brown, that came in at an unexpectedly high 8.6 per cent, leading to fears of higher or more interest rate hikes as the Federal Reserve meets later this week.

“We basically take the view that inflation has now become such a problem that central banks across the world need to engineer a pretty sizable tightening of financial conditions,” said Brown. “That’s why we think there are further falls in equity markets to come.”

If markets do see more declines in coming months, as Investopedia says, expect more value to melt away: “Essentially, it has disappeared into thin air.” 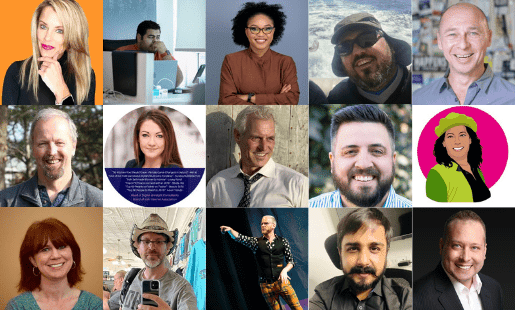