Fund finance operations are based on efficient and reliable
processes, which ensure secured and robust business practices. This
reliability is achieved through the credit underwriting process,
the terms of the facility agreement and the security package.

We thought that it would be helpful to have a document available
for lenders, borrowers and lawyers, describing the main aspects of
the security package in the most common jurisdictions involved in
fund finance transactions.

We want to thank all the contributors around the globe for
joining us in this initiative and helping us to put this
together.

One of the key elements that differentiates fund finance
products is the credit underwriting. On a subscription facility
transaction, the lenders underwrite the credit of the investors of
the fund. As a consequence, in the event of default, the lenders
want to have the possibility to step in the shoes of the fund or
its general partner and claim direct payment from the investors for
their undrawn commitments.

This objective, form a Luxembourg perspective, is commonly
covered by a pledge over the claims (gage sur
créances) of the investors vis à vis the fund.
Furthermore, article 5 (4) of the Luxembourg law of 5 August 2005
on financial collateral arrangements (“Luxembourg
Collateral Law“) states that “the pledge of
a claim implies the right for the pledgee to exercise the rights of
the collateral provider linked to the pledged claim“. On
such a basis, where a claim of an investor vis-à-vis the
fund is pledged, it may be considered that it encompasses the right
to claim payment (i.e. in practice the right to send a drawdown
notice to claim such a payment).

The standard Luxembourg security package includes then a pledge
over undrawn commitments (technically a pledge over claims) and a
pledge over bank accounts but depending of the fund documents or
the fund structure, adaptations to the security package may be
necessary (for instance cascading pledges, additional guarantees,
etc.).

To close this section, we may mention that Luxembourg collateral
law is the most advanced implementation of the EU Financial
Collateral Directive1 and offers generally “bankruptcy
remote” security interest for the pledges under its
scope.

Pledge over claims: Article 5 (4) of Luxembourg
Collateral law states “the transfer of possession is
effected as against the debtor and the third parties by the mere
conclusion of the pledge contract.” Although, the debtor
may be validly discharged if such a debtor pays the relevant
creditor as long as such debtor is not aware of the pledge.

Hence, from a strict Luxembourg substantive law perspective, the
perfection (dépossession), is effected by the mere
execution of the pledge. However, a notification should be
considered so that the investors are aware of the pledge from the
outset.

This being said, an important caveat is that fund finance
transactions are generally global and involve investors located in
a wide variety of jurisdictions. Consequently, Luxembourg specific
conflict law rules concerning the enforceability of pledges over
claims vis-à-vis third parties must also be taken into
consideration.2 In this respect, there is a traditional view and a
modern view. According to traditional Luxembourg conflicts law
rules, the perfection formalities of the domicile of the debtor
(i.e. the investors in the context of a fund finance transaction)
are considered. According to the modern view, the perfection
formalities of the law governing the claim (i.e. Luxembourg law, in
the context of investors commitments governed by Luxembourg law) is
to be considered. A route to address this could be to require a
notification of the security to the investors, since this is a
perfection formality in many jurisdictions, but your Luxembourg
counsel must be involved from the outset to discuss these questions
and to structure the security appropriately in light of the
particular transaction.

One of the key assumptions of the credit underwriting process is
that in the event of default under the facility agreement, that the
investors will pay their commitments to the lenders without
exercising any right of set-off, counterclaims or other type of
legal defences. Lenders also want that it is expressed for their
benefit that the investors commit to fund their commitments on the
collateral account.

Nowadays, the typical way to cover these two elements is to have
specific fund finance provisions in the limited partnership
agreement or in the subscriptions agreements or other contractual
documents between the fund and the investors (depending on the type
of fund, corporate from or fund structure).3

This is implemented technically using two concepts, one provided
by Luxembourg collateral law in its article 2 (5) which provides
that: “the debtor of a claim provided as financial
collateral may waive, in writing or in a legally equivalent manner,
his rights of set-off as well as any other exceptions
vis-à-vis the creditor of the claim provided as collateral
and vis-à-vis persons to whom the creditor assigned, pledged
or otherwise mobilised the claim as collateral“. The
second concept is provided by the Luxembourg Civil Code and is the
third party stipulation (stipulation pour autrui).

Where there is no waiver of defence, set off, counterclaims and
other specific fund finance provisions in the contractual fund
documents, a solution to address this is to request investor
letters where such waivers are provided. The due diligence will be
an important step to determine whether this is requested.

In addition, on separately managed accounts transactions or
where there is an important concentration in terms of investors
(for instance, for funds of one), investor letters may be as well
typically requested.

On a NAV facility transaction, the lenders underwrite the assets
of the fund. This is a totally different exercise than for the
subscription facilities since the focus is looking down in the
structure on the assets and the exercise may differ depending of
the relevant asset class.

Therefore, understanding the fund structure, the underlying
assets as well as undertaking a comprehensive due diligence are
steps of a paramount importance to determine the security
package.

For private equity funds, the holding company and the portfolio
companies, down in the structure as well as the bank accounts where
the proceeds of the investments are paid may be pledged. In
practice, this means that Luxembourg pledges over
shares are taken in respect of Luxembourg companies and
Luxembourg bank account pledges for the accounts
located in Luxembourg.

All the above is stated under the caveat that the security
package may change in light of the relevant fund structure or the
relevant assets, since NAV transactions tend to be bespoke.

Pledge over shares: In practice a copy of the
shareholders’ register of the relevant Luxembourg company
recording the pledge granted is requested.

Pledge over limited partnership interests: a
copy of the register of the limited partners mentioning the pledge
granted is requested. A particular attention must be made where
reviewing the relevant constitutional documents to check whether
there are particular transfer restrictions (such as, typically a
consent from the General Partner). Depending of the form of the
fund, there may be as as well legal transfer restrictions (in other
words, investing into a particular fund may be limited by law to
certain type of investors).

Pledge over claims: we refer to the
considerations developed under the section “Perfection
formalities” of the section “Subscription
Facilities”, which applies mutatis mutandis, with the
reference here to a debtor instead of an investor.

Pledge over bank accounts: we refer to the
developments made under the section “Perfection
formalities” of the section “Subscription
Facilities”.

1. Directive 2002/47/EC of the European Parliament and of
the Council of 6 June 2002 on financial collateral
arrangements.

2. We invite you to read our contribution to the GLI Fund
Finance 2022: More than a Decade of Global Fund Finance
Transactions, if you want to further dig into these
aspects.

3. To dig more into the evolution of this practice, we
invite you to read our contribution on the GLI Fund Finance 2022
mentioned above.

The content of this article is intended to provide a general
guide to the subject matter. Specialist advice should be sought
about your specific circumstances. 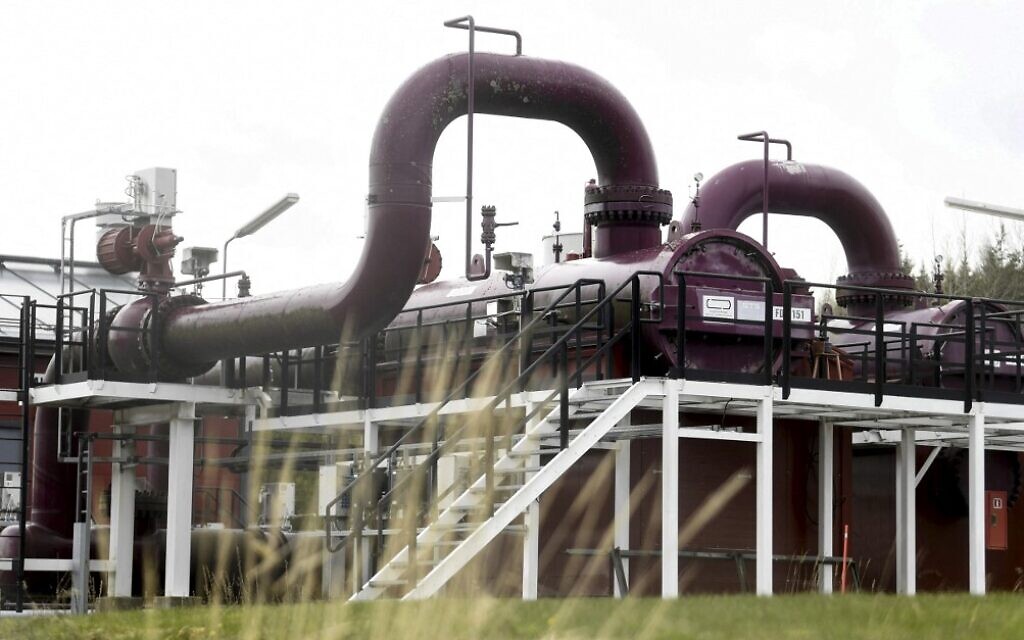 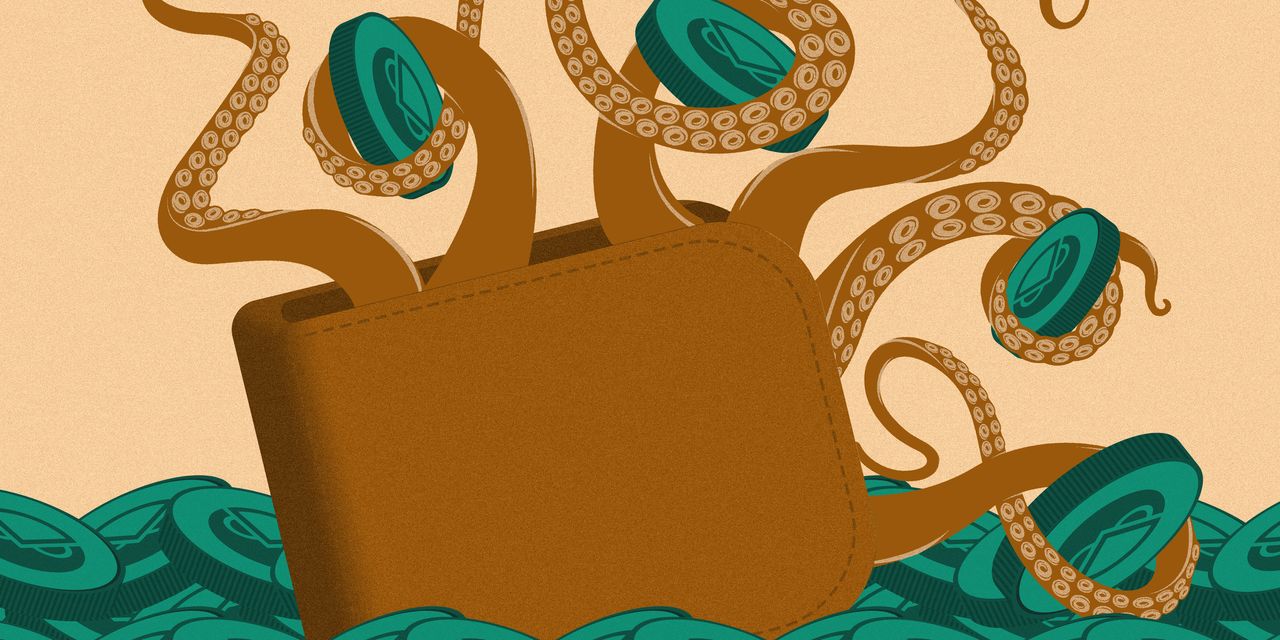