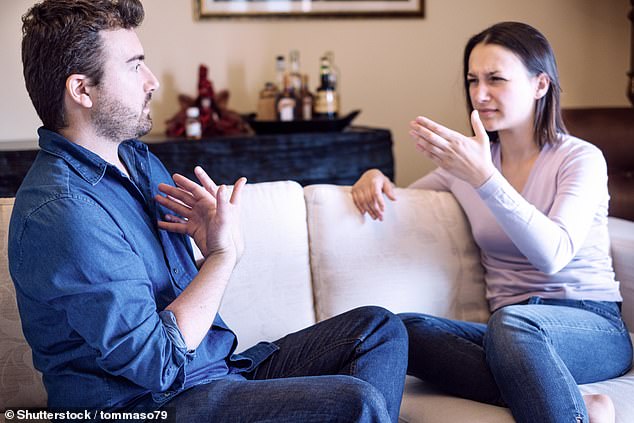 A woman sparked a debate online when she revealed her husband made a swipe at her salary during a row about board games.

The woman, believed to be from the UK, explained on Mumsnet that an argument erupted as the couple were playing cards while on an Easter getaway.

The woman admitted she gloated about winning over her husband at several games, and that he boasted about earning twice as much as her in return.

This sparked a bigger argument when she replied she had to take a pay cut to raise their children, leading the couple to sleep in separate beds.

A woman, believed to be from the UK, explained that an argument erupted as the couple were playing cards while on an Easter getaway on the parenting forum Mumsnet. Stock picture 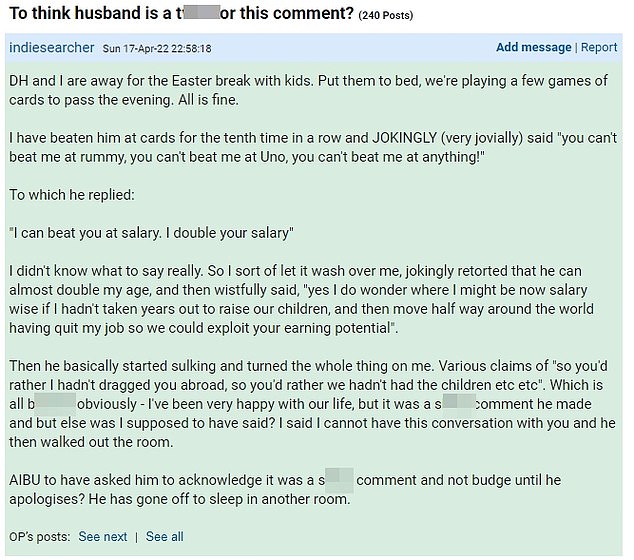 After she asked people online to side in the argument, some said the husband’s comments about salary weren’t warranted, while other said the woman could ‘dish it but not take it.’ The woman recounted how the argument came to be.

She explained her husband did not take kindly to her boasting and replied, ‘I can beat you at salary. I double your salary.’

The woman said she hit back, asking how much he would be earning if she hadn’t taken time off work to look after their children.

She added she had to quit her job in order to move half across the world for the sake of her husband’s career.

‘He basically started sulking and turned the whole thing on me. Various claims of “so you’d rather I hadn’t dragged you abroad, so you’d rather we hadn’t had the children etc etc”,’ the woman said.

Some people said the husband’s comment was unwarranted and showed he was insecure, however, other said some of the wife’s comments were unnecessary as well

She added that she is happy with the couple’s life but that she took an issue with her husband’s comment.

The argument took such a serious turn that the couple ended up sleeping in separate rooms, with the woman asking people Mumsnet who they thought should apologise to the other.

Some people did agree the husband’s comment was unwarranted, and that he was being a sore loser. 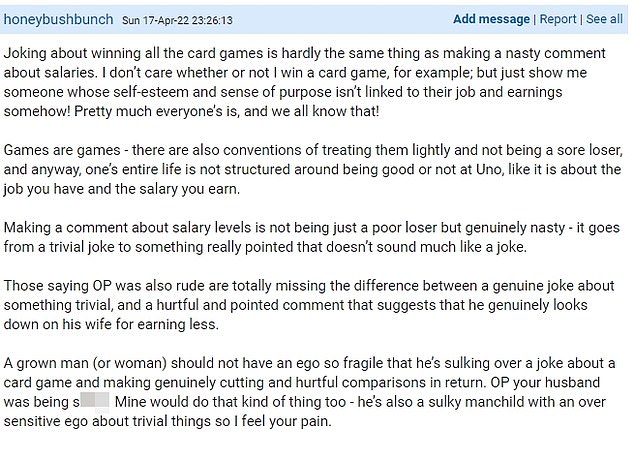 ‘It was a s***** comment. I earn 3 times what my husband does and I would never ever use that against him or even bring it up in conversation,’ one said.

‘So he got his ego bruised over a game and his reaction was to lash out at you over a really important and by definition sensitive issue. That is very telling,’ another said.

‘He was being a t***. Actually he was very insensitive and you called him out on it, which he clearly doesn’t like,’ another wrote.

Other people agreed the husband’s comment were unkind, but also called but the wife for not being a gracious winner.

‘What he said was unkind, but he was just reacting to your smug comments. Moral, if you cant take it don’t dish it out,’ one said.

‘To be honest, I think if you’ve been a bit over sensitive. Unless salary is a consistent sticking point, it’s just two people joking with each other. 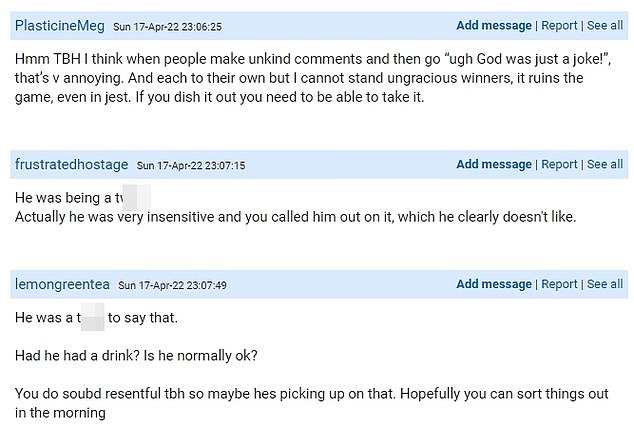 Some said the wife would ‘dish it but not take it’ and was being too smug. Others insisted the husband was at fault

I’m not sure that telling someone they’re s*** at all the games holds much of a higher ground even in “joking” terms,’ one said.

‘Hmm to be honest, I think when people make unkind comments and then go “ugh God was just a joke!”, that’s very annoying,’ another wrote.

‘And each to their own but I cannot stand ungracious winners, it ruins the game, even in jest. If you dish it out you need to be able to take it,’ they added.

People said both the wife ands the husband needed to apologise.

‘Your initial comment was jokey and he took the next comment way too far and was below the belt,’ one wrote.

‘However your next comment, especially about the children was very rude and unnecessary,’ they went on.

‘You have contributed to ruining what should have been a nice Easter break, you both need to apologise,’ one wrote.

‘Sounds like you can dish it out, but you can’t take it,’ another said. 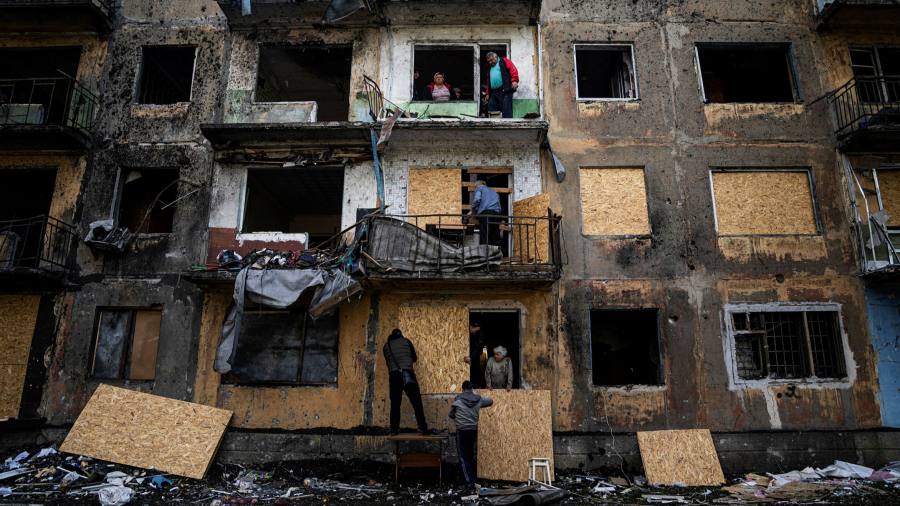 Previous post EU looks to provide further emergency lending to Ukraine
Next post Social Media Marketing Is Costly and Far Less Effective Than It Once Was. Here’s What to Do Instead